16.1 with Commis Voyageur - An Interview 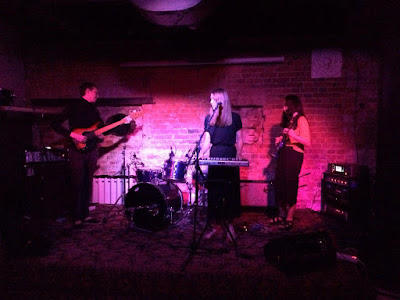 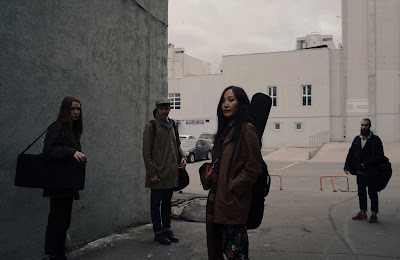 Q. When did Commis Voyageur start? Tell us about the history...
Commis Voyageur started in the end of 2015 when three exactly different and even more unfamiliar people with similar musical tastes met together and decided to play post-punk. We mean guitarist – Nary, drummer - Sergey and basist - Anton. After two month of cO-OP and creating about 4 tracks we begun to search for vocalist. And it was not really simple process cause most of candidates didn’t suit us. So Nary invited to us her friend Marie, with whom she was playing female punk rock sometime early. And in February of 2016 Marie became our vocalist and synthplayer as well. That’s why we argue when is the exact time of our forming but basically it doesn’t matter. Unfortunately, now Commis Voyageur plays without acoustic drums, cause not so much time ago Sergey left our band. We wait for another drummer and temporarily perform with drum machine.

Q: Who are your influences?
We’ve never thought about it before. But maybe it will be better to say that we are influenced by modern street lifestyle that are upcoming in Russia nowadays. We mean new wave of Russian post-punk and everything, which is connected with it. On the other side we are rather interested in modern flows in music, films, even fashion shows – exactly those, which are made by Gucci with Alexandro Michael and something like this. So decadence and tragic are our guides in creating of music and especially texts))

Q. Make a list of 5 albuns of all time…
Sunflower bean - Show Me Your Seven Secrets
Current 93 - I Am the Last of All the Field That Fell: A Channel
The cure – Seventeen Seconds
Madonna - True Blue
Depeche Mode - Black Celebration

Q. How do you feel playing live?
Not much time ago we had played our only 4th live concert and it was rather strange and infecting. People in the hall danced and sung our songs so it gave us a lot of energy and great emotions. Instead of customary tiredness after concert we were very cheerful and could be able to play at least once again in the evening.


Q. How do you describe Commis Voyageur sounds?
Melancholic and melodic post-punk with nostalgia of careless youth

Q: Tell us about the process of recording the songs ?
At first time we tried to play and to record live - all together at the same time. So we spent too much time trying to play without any mistake. On practice it was unreal and as a result practically there were small slip-up in every song. So then we decided to do everything normally when every instrument and vocal are recorded apart. Think that it was not bad.

Q: Which band would you love to made a cover version of?
For Against – Amen Yves

Q: What are your plans for the future?
We would like to perform in more concerts in Russia or maybe in Europe or South America)) and to make music which will be loved by ourselves. But in general how it goes.