Never Lose That Feeling with Secret Servants - An Interview 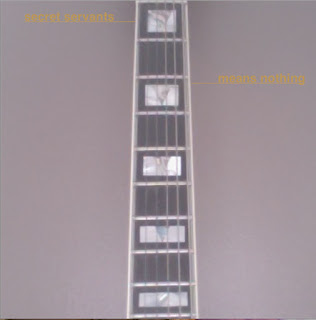 
Q. When did Secret Servants started, tell us about the history...
We first started playing together about two years ago. I had played in a band with Steve (bass player) about 4 years ago, and my previous band in Chicago (Lying in States) had recorded an album with Scott (drummer). Over the previous 5 or so years, I had accumulated about 30-40 songs and figured it was about time to just put together a band and start playing. So, I got in touch with Steve and Scott and we started getting together to play about once a week. We are all a bit older and have jobs and wives/girlfriends (I also have a 2-year old daughter); and Scott works as a touring sound guy for bands, so he is out of town a lot. Thus, it can be a bit difficult to practice every week, so it has taken a while to really get up an running.

However, this past December we went in and recorded a few songs at Seaside Lounge in Brooklyn and are gonna start playing out this Fall.

Q: Who are your influences?
I grew up on and listen to guitar rock. A lot of guitar bands these days will talk about how they listen to everything, R&B, hip hop, EDM, yadda yadda (I think a lot of people are self conscious about the constant predictions of "the death of rock," and want to show that they are not gonna be a part of that, and that their band is different and more than just a rock band. People have dug catchy vocal hooks over three chords for almost a century at this point and that is not ending anytime soon. There is no shame in being a rock band). I listen to Swervedriver, Nirvana, Sonic Youth, Tom Petty, Wilco, The Rolling Stones, BRMC, Sigur Ros, Ride, Radiohead, Blur, Quicksand, Afghan Whigs, etc. I basically listen to the same shit I have listened to since high school. Hence, this is the music that influences what I write. My ultimate goal is to make a record that sounds like it was written by Kurt Cobain, performed bySwervedriver, and recorded by Kevin Shields; there is no way I will ever get there, but there is little use in setting a musical goal you could actually reach as there would be little reason to keep playing after you achieved it. I like pop hooks. I like drone. I play music that satisfies those interests.


Q. How do you feel playing live?
I love playing live. My usual approach is 2-3 drinks before I go on and one or two drinks while playing. That usually puts me in the perfect spot. This is also the first band I have ever been in where I am the singer, and I am really digging it. I have always loved playing live, but singing definitely heightens your connection to the song and that particular moment of performance. When I would just play guitar in a band I would still have a blast playing live, but I would also be more conscious of the other guys and the crowd. Now, the experience is much more attuned to the songs and the feeling I get from the songs rather than the feeling I get from the crowd or the other guys I am on stage with, or even from my own guitar playing.

Q. How do you describe Secret Servants sounds?
I definitely, first and foremost try and go for pop and hooks when I write. That is my main concern. I have never met a person that goes around humming the guitar line or chord changes of a song all day. People hum the vocal melody; people get the lyrics stuck in their head, not the music. That is the most important part of the song. For the most part, my lyrics are generally meaningless, or a few lines will mean one thing and other lines will be speaking about something else with no connection to the other lyrics. Some songs just have words that evoke a certain mood rather than any real meaning. Vocally, I think Adam Franklin and Greg Dulli have crept in to my head most, as far as how I phrase my vocals; sort of mostly holding out notes and having the vocals drift over the music rather than provide definitive or blunt punctuations.

Musically, I can actually be pretty lazy, or at least not care about repeating myself. In all honesty, several of our songs have the same basic chord structure, they are just in different keys. I would like us to be a little heavier, a little more shoegazey, but I strongly feel that it is a better idea to be the best band we can be right now, rather than shoot for something I don't think we can quite pull off yet. We are only a three-piece that practices 2-3 times a month. Thus, we play simple, poppy rock songs, and I satisfy my shoegaze cravings by just playing those songs with my delay-reverb pedal on the whole time. I have more complicated, spacier stuff written, and I know those songs will eventually start to work their way in to the set, but right now I am just focused on getting the band going with the songs that work the best for us right now.

Q: Tell us about the process of recording the songs?
The recording was pretty simple. We went in to Seaside Lounge in Brooklyn with Phil Palazzolo engineering. We recorded the live tracks to 5 songs, with a couple guitar overdubs in one day (Phil was the shit; I have never seen anyone get drum sounds as good as he did as fast as he did). Then, about a week later, Scott brought some of his recording gear to our practice space and we cut vocals for three songs and finished guitar overdubs in about 5-6 hours. I did a few other guitar overdubs and all the keyboard stuff at my house in my spare time. Scott edited the vocals and we sent it all back to Phil with some notes and he did an initial mix on his own. Then, I went in with Phil to the studio for a half a day to tweak his mixes and we had a 3 song demo ready to go.

Q. Which new bands do you recommended
Quarter Mile Thunder out of Chicago are really doing something that sounds like nothing else. The best way I could describe them is atmospheric drone, but with a bluesy, folky sensibility.
Cheetahs are great; they are pretty derivative of the 90s shoegaze bands, but they do it so well you don't care.

They are not new, but I have been listening non-stop to the already released singles from the upcoming new Tame Impala album. The new My Morning Jacket album is great as well.

Q: Which bands would you love to make a cover version of?
I actually think we are gonna start doing a cover of My Morning Jacket's At Dawn. It is a really great droney acoustic song that I think is gonna sound great as a loud droney song. It is pretty short, so I am gonna add in a guitar solo and repeat the chorus one more time to fill it out a bit. I am also always down with doing a Tom Petty song because Tom Petty is God.

Q: What´s the plan for the future....
Really the only immediate plan is to start gigging and get it going. In the more distant future, the plan is to be able to play decent local shows every few months and make it out to Philly, LA, Chicago, etc. every so often and hopefully get one or two festival gigs every once in a while. None of us really have it in us to do any extensive touring, we just want to play decent shows on a semi-regular basis and record every year or two.

Q: Any parting words?
Not really.

Thanks a bunch Renato, glad you dig our stuff. Let me know if you need anything else. Sorry it took a while to get back to you with this. Take it easy man.
*
*
*
Thanks