In The Presence of Nothing with California Death - An Interview 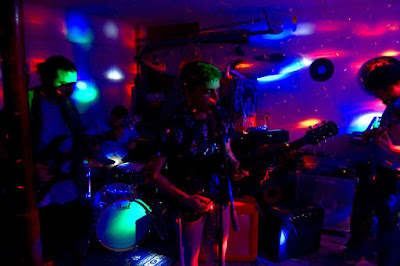 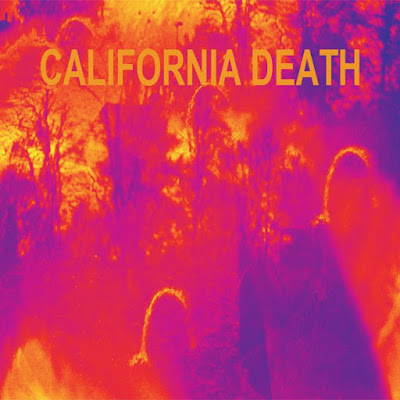 Q. When did California Death started, tell us about the history...
A. We formed through meeting each other at college and having a similar taste in music. All of our members had played in a previous band who had moderate success in the Richmond, Virginia area. That group disbanded and we wanted to form a band that reflected a sound that we more enjoyed playing.

Q: Who are your influences? A.
Our influences lie mainly in My Bloody Valentine, Slowdive, Joy Division, The Cure, Japanese artists such as Pastel Blue and Oeil, the artists from NME's C86 compilation album, Lilys and Galaxie 500. The list goes on

Q. Make a list of 5 albuns of all time…
A. In no particular order:
Loveless by My Bloody Valentine,
Pornography by the Cure,
Souvlaki by Slowdive,
Closer by Joy Division
and Lonerism by Tame Impala.

Q. How do you feel playing live?
A. We love playing live shows and we try and bring an energy to each show. We have played anywhere from small garages to large venues and we have enjoyed playing each and every show so far.

Q. How do you describe California Death sounds?
A. We describe it as "Surf rock with a darker edge, a heft dose of psychedelia and a butt ton of reverb."

Q: Tell us about the process of recording the songs ?
A. Our singer and guitarist Mike records all of our tracks in his bedroom on his computer using drum loops. He then deletes the loops and our drummer Chad records the drum parts for each song. We record everything at home and heavily advocate the DIY method.


Q. Which new bands do you recommended?
A. We listen to a lot of Captured Tracks artists, mainly Mac DeMarco and DIIV. We also are big fans of Deafheaven and the Allah Las

Q: Which band would you love to made a cover version of?
A. The Black Eyed Peas, specifically "Let's Get Retarded". This is a song that really speaks to us on all levels.

Q: Any parting words?
A. Thank you for the interview and if you are ever in the Richmond area come hang out with us!
*
*
*
Thanks