Dusk Dance with Eyes Behind The Veil - An Interview 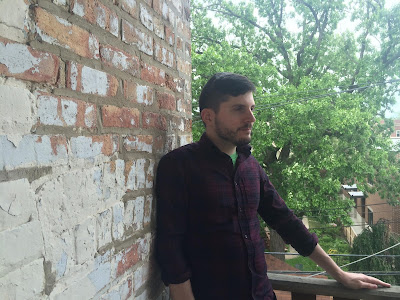 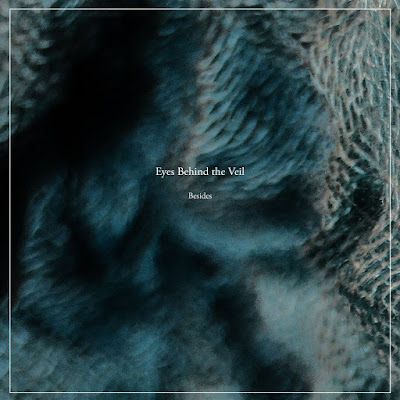 Q. When did Eyes Behind The Veil started, tell us about the history...
Eyes Behind the Veil began last month (April 2015) as a solo side project. Primarily, I am the guitarist and producer for the band, Savage Sister, but I've always had a yearning to do something that is purely ambient. Something that is about mood but also closely attached to emotional intimacy. Of course, particularly with ambient that's far more just a conceptual hope to project on the listener. Some Savage Sister songs are smaller attempts at that idea of ambient that interested me. Eyes Behind the Veil allows me to explore that sound with total freedom.

Q: Who are your influences?
My top influences are Grouper, White Poppy, Benoit Pioulard, Lovesliescrushing and Brian Eno. Grouper, White Poppy and Benoit have this affinity for turning lo-fi recorded sounds into beautiful collages and that really has effected me. Brian Eno was an influence from the outset of my music tastes, back when I was like 17 years old. I've taken his "studio as an instrument" philosophy to heart and the sounds/textures he has created definitely influence my style. Lovesliescrushing was a deep love of mine in late high school to early college. Scott Cortez just has this insane knack for melding all sorts of sounds, especially guitar, into a kind of sonic soup that is always gorgeous and yearning. Cocteau Twins, Slowdive and This Mortal Coil also have an influence as well!

Q. Make a list of 5 albums of all time…
That's tough...I'll do this according to my ambient tastes!

1. Sleep Over - Forever
2. Grouper - The Man Who Died in His Boat
3. White Poppy - Drifter's Gold
4. Cocteau Twins - The Moon and Melodies
5. Lovesliescrushing - Glissecule

Q. How do you feel playing live?
Good question! I have yet to take this project into a live setting since it is still new, but I plan to try it out soon when I've worked out how I'd like to do it. I got a loop pedal recently...wish me luck!

Q. How do you describe Eyes Behind The Veil sounds?
I'm trying to capture a kind of ethereal emotional intimacy and a purity of romantic spirit with this project. A lot of ambient is more focused on the drone aspect, putting the listener into a hypnotic state, but for me I like there to be a balance between repetition and progression. I like the calm and fortitude that repetition brings, but I like to push into new spaces within songs to give a sense of movement and satisfaction. I think that's probably where my shoegaze sensibility comes in - I'm not just looking to make noise, I want to make beautiful noise.


Q: Tell us about the process of recording the songs?
I do everything from my home "studio", which is really just my computer and monitors. I use a Line 6 UX2 audio interface and Line 6 Podfarm for all of my guitar effects and vocal. All the sounds in that program are modeled after existing pedals, some classic, some vintage - so it's real nice to have that at the touch of your fingertips. I tend to use a lot of chorus, delay and reverb. Then I put it all through Sonar and apply a number of effects in post, like distortion, delay and reverb, to give it an extra degraded, detuned quality. I like to get that kind of lo-fi analog feel without having to scrounge for equipment and complicate the process beyond what I'm interested in investigating. For synths I use Native Instruments FM8 and typically give those same effects treatments as my guitar.

Q: Which bands would you love to make a cover version of?
Hah, with a project like this, it would be hard to do a cover...but maybe I could figure something out. Song to the Siren, perhaps?

Q: What´s the plan for the future....
Just figuring out how to do the live thing with this project, it's all new and foreign to me at this point. I think I'll just be focusing on that for the foreseeable future. I may attempt to do a run of cassettes for my album, Besides. We'll see.

Q: Any parting words?
Thanks so much for asking to interview me about Eyes Behind the Veil! I love TBTCI and have really enjoyed the compilations that you've put out!
*
*
*
Thanks Michael