Where We Were / Where We Are with Double Jackal - An Interview 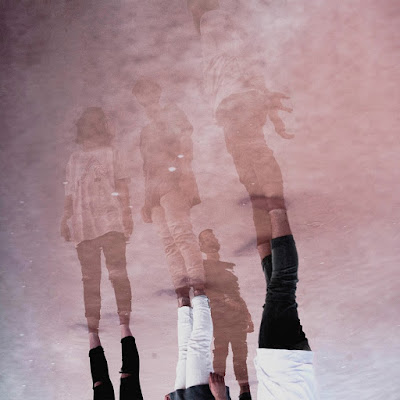 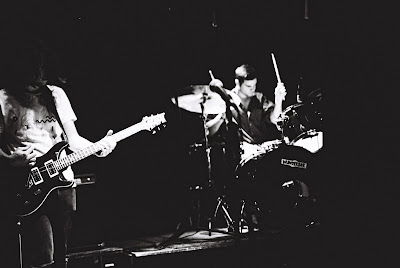 Q. When did Double Jackal start? Tell us about the history...
1. We started playing together when we were juniors in high school when we were 16-17 year olds. Matan and Nimrod were good friends and decided they wanted to form a band. Matan and Yair met in Math class and somehow got to discuss music and switched some music recommendation. Seeing that Yair came to class every now and then with a guitar case, Matan asked him to join the band he and Nimrod formed. Michal joined about a year later when we needed a bass player and knew she played in some bands in our area and that she was a good bass player, so we asked her to come join the band and it all somehow worked out.

Q: Who are your influences?
2. We are all inspired by very different types of music, Yair is inspired by a large array of musical influences from noisey rock and shoegaze acts like Sonic Youth, Pinkshinyultrablast, Whirr, Metz and Dia Malo to the entrancing ambient loops of William Basinski and the soft, rich and melodic guitars of Bill Frisell, Ben Monder and Gilad Hekselman. Matan's lyrics are inspired by Morrissey, Bob Dylan, Leonard Cohen, Conor Oberst, Paolo Giordano and his drumming is mostly inspired by Matt Helders.

Q. Make a list of 5 albuns of all time…
3.
Yair;
(In no particular order)
Sonic Youth - Dirty
DIIV - Is The Is Are
Swirlies - They Spent Their Wild Youthful Days In The Glittering World Of The Salons
Grouper - Dragging A Dead Deer Up A Hill
My Bloody Valentine - Loveless

Q. How do you feel playing live?
4. In our live shows we tend to give out every bit of energy we possibly can to the crowd. The live show, very much like the album, has almost no gaps between songs keeping the performance more of an experience-centric one rather than just a list of songs we play that has no connection to one another, so playing these kind of shows is very demanding physically and requires us to really feel the music as we play it to make sure it comes out as naturally and as satisfying to the audience as we hope it does.

Q. How do you describe Double Jackal sounds?
5. We sound like that feeling you get before you go to sleep and start reflecting on your past failures.


Q: Tell us about the process of recording the songs ?
6. Our album's recording process was a clusterfuck that somehow found it's way into working out after being stretched out for about 3 years. We recorded some or most of the guitars at home, then added vocals, then recorded the drums in the studio and bass in the end, going against every rule in the album producing book. Yair is the recording engineer of 99% of the record, and being able to record most of the guitars at home always makes it the first thing to be recorded. About 60% of the recorded material was recorded by Yair at his home studio but since he also works at a recording studio we weren't always having a problem with a studio budget or time limit. Being able to record at any time lets a lot of creative producing ideas emerge while not being pressured by a time limit or budget issues, enabling us to get wild in exploration of sounds and ideas.

Q: Which band would you love to made a cover version of?
8. We toyed with the idea of covering Depeche Mode's Break The Silence in our last practice session, Matan wants to cover Echo And The Bunnymen's The Killing Moon. We also covered Julee Cruise's Falling (the theme of the TV show Twin Peaks) in the past. Nimrod does a fucking killer Morissey and nailed There Is A Light That Never Goes Out at a karaoke one night if that counts.

Q: What are your plans for the future?
9. We're currently working on promoting our album 'Where We Were / Where We Are', but after that we plan on recording another album that will be a hundred times better. Hopefully. Then maybe touring abroad, getting outside of Israel for a bit.

Q: Any parting words?
10. Thank you for having us and letting our voices be heard!
To everyone reading this; explore music from weird places, you might find some cool shit outside of the obvious musical capitols.
*
*
*
Thanks