Bright with Shimmerance - An Interview 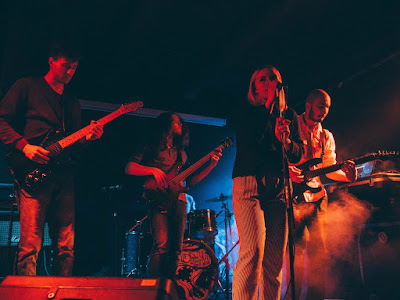 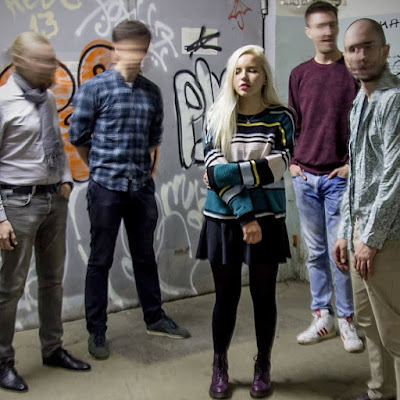 Q. When did Shimmerance start? Tell us about the history...
Some time ago, in 2015, i started to jam with Kostya (our drummer). It was some kind of post rock/garage/stoner/ambient with a lot of effects and lenghty jams. It was realy nice but it's hard to play something realy complex without root notes, pads and leads played by other instruments. So we decided to start a real band. We decided to play shoegaze due its atmoshperic yet noisy nature with walls of sounds and reverb spaces. Kostya's friend Roma (our guitar player) was the first one to come and we started to create the very core of our sound. Soon we found a girl to sing, but she was out of genre a bit so we parted eventualy. Until then, we found Misha (our bass player) and got few songs finished so we decided to gig with me and Roma siniging. We held our first gigs in the summer of '16. We decided to call ourself Shimmerance because we wanted something shinny and glowing and sparkling so Shimmerance was realy nice word to express that feeling.
In november '16, we finaly found Sonya (our vocals) so since that time we are Shimmerance at its current state. Next year we were gigging hard and started to record our first EP.

Q: Who are your influences?
Its realy huge amount of bands to post in the "influenced by" field. We've got different tastes and i can barely name shared influences beside shoegaze's classics like MBV or Slowdive. So i will name what i've collected from bandmates:

Still wonder how did we manage to work it out...

Q. Make a list of 5 albums of all time…
There is a lot of great albums i'd like to tell about but here is an album from every bandmate:

Q. How do you feel playing live?
Its always great. Hanging with other bands, jamming before the main set, watching the crowd having fun. I like to gig with someone new, gives you good amount of fresh ideas or sound tweaks. Its so good to see people listening to you and enjoying your music. After all, playing live is exciting and wonderfull time, that allows to express your current mind through the music. At some moment, you are just struming chords, drowning in the sound and experiencing pure joy. Giging is the best part of band's live.

Q. How do you describe Shimmerance sounds?
Its shoegaze obviously. I mean, a lot of reverbs and pedalstomp's effects, walls of guitars, aery vocals, strong melody, dreamy chords. Some songs are almost pure shoegaze at its finest. But we are incorporating different stuff into our music - from garage, post rock, math or dreampop. At some moments you can barely name it shoegaze due the lack of its common moves. I can barely compare our band with someone else, we are trying to be unique yet to be shoegaze band with its characteristics.


Q: Tell us about the process of recording the songs ?
The recording is the hardest activitie in terms of our band's live. We are full DIY - recording everything including vocals with our own gear, using DAW to mix and produce tracks. Our songs are always completed prior to the recording. Its not so hard to record something but its hard to make a good song of it. We were learning how to record vocals right, how to process guitar sound, how to use DAW's pugins, how to mix everything. Sometimes it was realy frustrating, sometimes it was fun to get together and to mix a song. Recording process was slow, we have our own jobs and other stuff and sometimes we decided to re-record or re-produce the whole track after we have learned something new about recording and mixing.

It took an year to make 6 tracks and now we can tell that this is good record and we are realy happy about it. We recieved realy important knowledge about recording's process and now we can record any song within reasonable amount of time.

Q. Which new bands do you recommend?
Its quite hard to tell what "new band" is". For instance, there is Royal Blood who formed in 2013 but they are so fucking big now. I better tell you about young local russian acts. You have to listen to Blankenberge, Life On Venus, Howye, Neonic Sundrive (debut album soon) and our friends Liebermann (they are unactive now but their "Evergreen" totaly worth listening). They are quite young (2-3 years) and they have realy good tunes. You can google them or find them on bandcamp.

Q: Which band would you love to made a cover version of?
We neven did covers and never thought about it. But it would be nice to cover M83 or New Order just for fun. Something like classic 70's rock can work aswell - its always interesting to create something from things that are barely used to be shoegazy. Covering classic shoegaze bands like Slowdive or MBV is interesting too but leaves a little space in terms of sounds creation or arrangment. You just play what shall be played with its sound. Of course you can change its tempo or its key or use distortion on clean parts and stuff but its much more challenging to create your own sound and tune.

Q: What are your plans for the future?
We are going to gig as much as we can to support our first record. Visit new cities, meet new bands, get new fans. Gigging is much more funnier that studio live, so we are going to take a break from recordings. We have several new songs almost done so we are going to finish them and play them live. Realeasing a new single in 3-4 months is a good idea too. And we are going to make a music video. So we have a job to do.

Q: Any parting words?
I want to thank you Renato for your blog and for the chance we were given to tell about our band. You are doing nice job, keep shoegazin.

We have our debut EP Bright on Bandcamp, iTunes and Google Play so check it out, follow us on Facebook and i hope you enjoy it.
*
*
*
Thanks