Panic Attack with A Slice of Life - An Interview 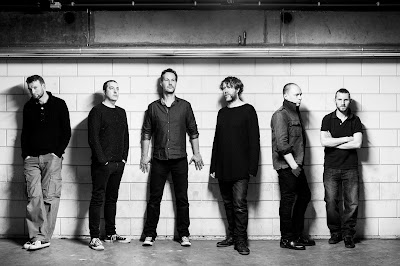 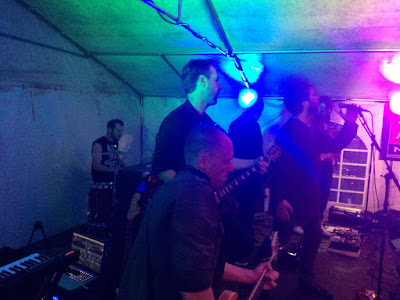 Q. When did A Slice of Life start? Tell us about the history...
It actually started end of 2015 when Guy Wilssens (guitar) contacted Dirk Vreys (singer) online with some songs he wrote over the years. He wanted to have some lyrics and vocals on the songs. We started to collaborate online and really enjoyed working together. Our first idea was to record something with this online project to release. In 2016 we met eachother in person for the first time and decided to not release anything yet but to focus on trying to perform and bring the songs live. Therefore we needed to form a band and started looking for musician. Summer 2016 we finally formed our line-up (two guitars, bass, keys, drums and vocals) and started rehearsing. A Slice of Life was then officially formed. One year later we had sufficient songs to start trying out and go live. We have done two try-outs now and are ready to go one step further. Therefore we recorded a demo which we use to grab the attention of organisers, radio stations, blogs, webzines,…… Our intention is to start recording and release something official next year (ep or full cd).

Q: Who are your influences?
The Cure, Chameleons, The Sisters of Mercy, Bauhaus, Bowie, Virgin Prunes, Interpol, Joy Division, Killing Joke, and the list goes on and on and on

Q. Make a list of 5 albuns of all time…
If I die I die – Virgin Prunes
Pornography – The Cure
Press The Eject And Give Me The Tape – Bauhaus
Script Of the Bridge – The Chameleons
Land Of The Lost – Wipers

Q. How do you feel playing live?
It’s most fun thing to do as a band: bring the songs live and try to get a connection with your audience. This is also the reason why we decided to form a band instead of trying to keep A Slice Of Life just an online project. We wanted to know how the songs would sound played with a complete band and want to feel and see what effect the songs have on an audience.

Q. How do you describe A Slice of Life sounds?
We try to create our own musical identity, but of course Dirk’s distinct voice has a big influence on the sound of each song and makes it very recognizable. There’s also an interesting chemistry between the two guitars, which sometimes reminds us of the same guitar landscapes that the Chameleons and The Cure created.


Q: Tell us about the process of recording the songs ?
Since we do not have an official release yet we haven’t done any recording in a real studio. The songs on the demo are recorded at home or in the rehearsalroom.

Q. Which new bands do you recommend?
Too much to mention so quoting some names will always disappoint others that are not named, however just some relevant ones:

Q: Which band would you love to made a cover version of?
Maybe Bauhaus. The problem with covers is that there is always a reason why the original sounds like it sounds. Why would you even try to alter or equate that?

Q: What are your plans for the future?
We focus more on the present than to and do not have a fix plan for the future. Since we are all busy in life (familywise and professionally), it's not always easy to make very big plans. We are kinda realistic ambitious and of course we have our dreams. Besides an ep or cd next year we hope we can play at some bigger events in the future. Next summer we already play at W-Festival (the biggest wave festival in Belgium). Maybe that could be the start of a nice dream come true.

Q: Any parting words?
Please listen to the demo, share your thoughts with us and if you like it, tell the rest of the world to listen to it. https://asliceoflife.bandcamp.com/releases
*
*
*
Thanks