We Rise with Soundwire - An Interview 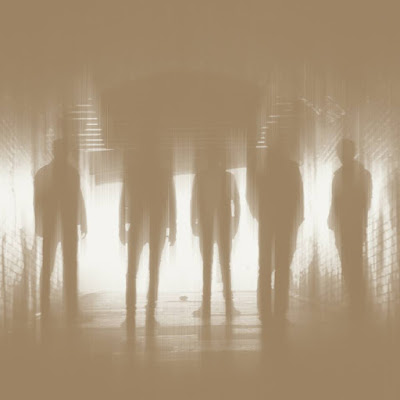 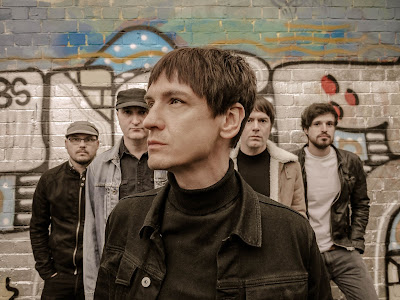 Q. When did Soundwire start? Tell us about the history...
We formed Soundwire in 2011. Simon (vocals), Dave (bass) and I (guitar) were previously in a band called Shooter. We weren't particularly organised in that band (although we did release a single on Northern Star Records and record two BBC live sessions), but it gave us some experience in the studio, and to some extent it paved the way to the sound we developed in Soundwire.

Q: Who are your influences?
They are many and varied, but some of the more obvious ones include The Velvet Underground, Neu!, The Stooges, Spacemen 3, The Jesus and Mary Chain, Nick Cave, My Bloody Valentine, Death In Vegas, Spiritualized, Kraftwerk, etc.

Q. Make a list of 5 albums of all time…
In no particular order:
The Velvet Underground - Velvet Underground and Nico
The Stooges - Fun House
Neu! - Neu!
The Jesus and Mary Chain - Psychocandy
Spacemen 3 - The Perfect Prescription

Q. How do you feel playing live?
Really good at the moment. I think we've got a great live set, the band is really tight and we all feel confident in our own, and each other's, abilities. Playing live is always a strange thing - it often feels like you've jumped onto a freight train and there's no stopping it, you're carried along with its momentum and you just have to hold on tight and hope it doesn't crash!

Q. How do you describe Soundwire sounds?
Fuzzy guitars, modulated synths, driving bass-lines and motorik drum beats. We don't have any particular formula that we have or intend to stick to because there are always so many new sounds to explore. I think the next batch of songs will be a bit more experimental, possibly with a few more 'out there' slow songs.


Q: Tell us about the process of recording the songs ?
They tend to develop from a simple riff or chord sequence. I usually work them into some kind of structure, building up the instrumentation over a few weeks while I play about with effects and sounds. Once I'm happy with things I record them as demos, which I give to each member of the band so they can learn their parts before they record them properly. When it comes to the vocals, Si tends to come to my house with lots of wine and we work on melodies and lyrics for an evening or two, roughly recording the progress until we're happy with what we've got, then he lays down the final vocals at a later date.

Q. Which new bands do you recommend?
They're not particularly new, but Toy are are current favourite. They're great live and always push the boundaries musically.

Q: Which band would you love to made a cover version of?
We're thinking of doing a version of 'What Goes On' by The Velvet Underground to include in our live set, although it'll be quite different to their's, with E-bows on the guitars and some interesting synth effects. I'm hoping it'll be in our set next year.

Q: What are your plans for the future?
We've just finished working on an album with Thighpaulsandra from Spiritualized / Coil, and we're currently looking for a label to release it. In the meantime we'll be gigging and working on new material.

Q: Any parting words?
Go and buy our new single, 'We Rise', and once you have bought it, play it loudly and often.
*
*
*
Thanks