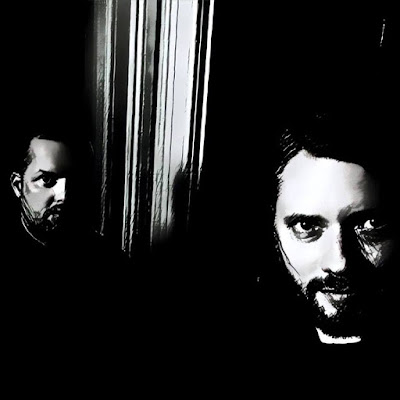 
Work on Visitation started almost immediately after we released The Red Moon. We wanted to combine the sounds from our first two albums together in an organic way. We took a week over the summer of 2017 to record the album in our home studio. James Aparicio mixed all of the songs on Visitation. He always knows the right direction and has a great ear.

The inspiration behind our new songs is a series of life experiences. Our music is not really about feelings of good or bad. It is more about the in-between. The grey areas in life that are always up for interpretation.

Plastic Town:
This song is about the plastic society that we find ourselves living in. It’s very easy to just close our eyes and believe it is real. The lyrics are more obvious than our other songs but it was intentional. For the video we worked with a friend (Paul Simpson), to get some of the mannequin video parts and then we filmed the weird lighting effects and edited it. It is our first music video.

When You Forget Why:"HOW is simple to explain when you forget WHY". To us, these lyrics convey how easy it is to go through life without asking simple questions like, "why?". It is easy to ignore our natural need for purpose in life. We believe that there are serious consequences for the human race if we collectively continue living without purpose.

Visitation:One of the meanings of the word Visitation is the appearance of a divine or supernatural being. The other meaning is a visit from a religious authority for the purpose of inspection. Either meaning works. This song is about spending time with someone that helps you to forget your flaws, in one way or another.

The idea behind the video was to compliment the music with interesting visuals. When we were making it we wondered if music videos should have a plot. We think it’s okay to just convey ideas.

Pale Motel:When we wrote this song it was recorded as a short demo with the intention of adding to it. We listened to the demo a few times and loved how to the point it was. So we just recorded it like it was. We layered in some Wurlitzer sounds lasting a minute in order to gave it a nice late 80’s Berlin feel.

Caverns:Dan R. wrote this song while visiting Luray, Virginia. It is known for caves and creepy tourist trap museums. It's difficult to describe the weird feel of the area, but we think this song provides a suitable backdrop. We collect weird instruments as we visit weird places like Luray. This song was a perfect excuse to use some of our weird instruments (concertina, bulbul terang, and mbira).

Not A Love Song:We intended for this song to be a love song. We also wanted it to be an acoustic song. It ended up not being either. Originally, we recorded it acoustic, but it didn’t sound quite right. We ended up using a Telecaster and a Crucianelli ES-335 hollow body bass. From there the song just evolved into a completely different song. We might release the original version later.

Dead Hand:This song is about giving so much that you don’t have anything left. It’s a very lifeless, dead feeling. This song is primarily electronic and it’s not as organic as the rest of the album. We liked its futuristic aesthetic and had to put it on the album. When we listened to the final mixes, we imagined David Bowie climbing into a spaceship and blasting off.

Against My Will:Dan Narrows wrote the bones of this song while he was working on his solo project, Anarchist Drum Machine.. You can hear the similarities. The spoken word part went through several iterations, but ended up being about the topic of language. We have always liked Laurie Anderson's work and her song "Language is a Virus" was an influence.

April 12th of 1961 (feat. Benjamin Malone):Benjamin Malone has been a solid contributor on Dark Narrows albums. He has an unusual and brilliant mind. This song is about the idea that humans may not be intended to explore space. We chose the title April 12th of 1961 because it’s the date that the first human launched into space.

Cold Concrete:Have you ever slept outside with your head on the concrete in the cold? If so, you might enjoy this song more than the average listener. We were not sure if this was going to make the cut because of the up beat bass line and cadence of the vocals. However, we loved the synth pads and they created the same atmosphere as Dead Hand.

We’re doing a limited cassette release, only available on darknarrows.com. We’re working on a vinyl release at a later date. We want to thank all of our family and friends for the support.

We have to thank all of our listeners, bloggers, radio people, friends, etc. Without the good people we’ve been lucky to know, it would be very difficult to share our music and ideas. Special thanks to our good friend Renato and TBTCI for supporting our music.
*
*
*
Thanks