The Deepest Ride with Pencey Sloe - An Interview 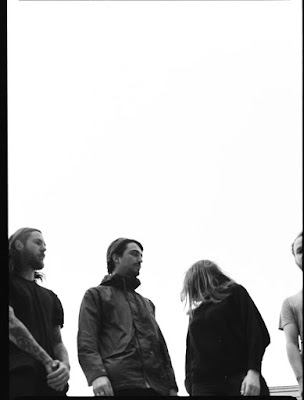 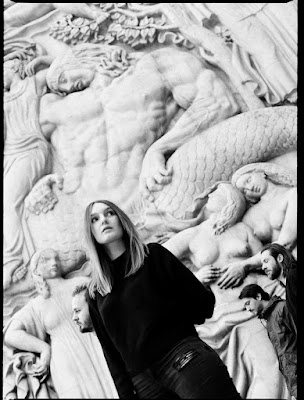 Q. When did Pencey Sloe start? Tell us about the history...
Pencey Sloe was born one year an a half ago, maybe more. I started writing songs in my room in Paris, then one day I decided to send one of them to my friends Clément and Valentin. I’ve never written a song before. They liked it and asked me if I would be interested in playing and singing in a band. Mathias joined us few days later, that’s how we began Pencey Sloe.

Q: Who are your influences?
We all have very different influences, we do not listen to the same music on a daily basis. From shoegaze to hardcore to post rock. We still manage to agree with each other... Sometimes! More seriously, it is an advantage to evolve and not stagnate on an idea or a style. Being different allows us to have several possibilities, to be «richer» in our music. Having someone different besides me helps me getting out of my comfort zone. In Pencey Sloe, the biggest influence we all have together are certainly the shoegaze and slowcore influences.

Q. How do you feel playing live?
No idea haha, we haven’t played a gig yet. All my bandmates have their own bands with they go on tour with. We never experimented that with Pencey Sloe yet.


Q. How do you describe Pencey Sloe sounds?
That is a difficult question, I think Pencey Sloe is a mix between shoegaze and slowcore.

Q: Tell us about the process of recording the songs ?
I compose the most part of a song myself, the instrumental parts, vocals and lyrics. I record some ideas that I share with my bandmates to know what they think about it. When we go in rehearsal we work on these songs. It is then improved, enriched by the nourishment of everyone's ideas. We discuss a lot about how song could be interesting for us. After that, it’s all about going to the studio and everything that goes with it! It’s a fairly straightforward way of doing it, the guys each have their musical project next to Pencey Sloe so we do not have much time to write a whole song all together.

Q. Which new bands do you recommend?
We really recommend to listen to bands such as Marriages, Red Sparowes, Miserable, The Underground Youth, The Vacant Lots... I highly recommend the band The Black Ryder, I think their songs are beautiful!

Q: Which band would you love to made a cover version of?
We don’t really know but we would probably like to cover a band which doesn’t play the same kind of music as we do. For example we thought about doing a cover of Marylin Manson or Pink Floyd.

Q: What are your plans for the future?
We’ll keep on writing songs and playing together. We plan on releasing 2 singles for the beginning of 2018 and a full album is also on the way. And we’ll play our first gig of course! Can’t wait for this!
*
*
*
Thanks