Idolatry with Corrections - An Interview 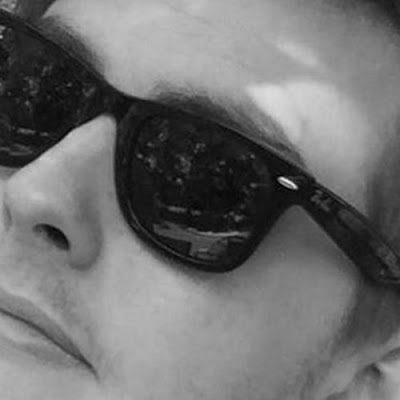 
Q. When did Corrections start? Tell us about the history...
Corrections started about five years ago. I was recording tracks bi-monthly at my parent's place, attempting to imitate My Bloody Valentine and Cocteau Twins. These tracks have since been deleted from SoundCloud. I'm glad I recorded them, but they were ultimately noise experiments with a drum machine, and very little structure.

Since then I've been teaching English and recording music in my spare time. Idolatry took two months to record, mix and master.

Q: Who are your influences?
During high school, I was listening to a lot of Joy Division and Interpol, mainly due Peter Hook and Carlos D respectively who were both huge influences for my bass playing. During university, I got into The Sound and The Chameleons for the atmospherics and angst-laden lyrics. There was a jazz and hip-hip phase in there somewhere.

Recently, I've been finding a lot of inspiration in John Maus and Ariel Pink and the way they approach making music and crafting an aesthetic.

Q. Make a list of 5 albums of all time…
In no particular order (with a heavy post-punk bias):

Q. How do you feel playing live?
Funnily enough, none of the tracks from Idolatry have been performed live. I plan to form a group when I arrive in the UK next year and translate Idolatry into a live setting.

Q. How would you describe Corrections sounds?
I've dubbed Corrections 'post-dream pop' because I’ve borrowed elements of post-punk and dream pop. But the album is so much more than the way it sounds.

I'd describe Idolatry as the sound of one person, in isolation, attempting to make sense of where they are in their lives. It sounds washed out, dreamy, and often strained, which is how I was feeling when I made it. I spend a lot of time staring out the window, and dreaming of another world.

It's always difficult to describe the music you are making, as you're completely in control of how everything sounds. I prefer the listener to decide for themselves. Sonically, the album reflects isolation, and romantic notions of love which have plagued me for the last six years.

Q: Tell us about the process of recording the songs?
Recording Idolatry was all-consuming. 'This Week' was the first track recorded, inspired by the Beach Fossils song, 'This Year'. After that, I spent every evening after work recording and mixing tracks. 'Coasting' was recorded in a single night, as was 'Shout', while 'Underground City' and 'Moving Through' took a bit longer. The other tracks were recorded in a similar fashion – quickly and efficiently.

If I wasn't pleased with the way a track was sounding, I'd scrap it and start over. I spent the bulk of the time re-listening to tracks and re-recording instrumental/vocal parts. I wanted Idolatry to flow like my favourite albums do. There were many discussions with my friend Lachie about where tracks should go, and whether they 'worked' or not. The album flows because of his input. I’m grateful for that.

On the other hand, all I thought about during August and September of this year was making music. It was a bit crazy because I was starting to lose focus at work and plan out tracks in my head. Turns out pouring 4-8 hours into music after work and forgetting to eat is exhausting and unsustainable as a lifestyle.

Q. Which new bands do you recommend?
AUTOBAHN and Nite Fields on felte are on high rotation for me at the moment. Excellent post-punk music with industrial and shoegaze influences alike, whilst remaining unique. I'd also highly recommend A. Savage, the Parquet Courts side project.

Q: What are your plans for the future?
Recording a second album by the end of next year that is a little more varied and accessible than Idolatry. Then touring Europe and getting a bit of a following.

Q: Any parting words?
Special thanks to Renato for the interview. It’s always a pleasure for someone to contact you about your music.

Checkout Idolatry on Spotify. At 30 minutes in length, it'll make your (evening)!
*
*
*
Thanks