Child of The Sun with Coffin Problem - An Interview 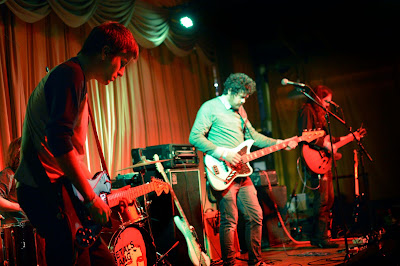 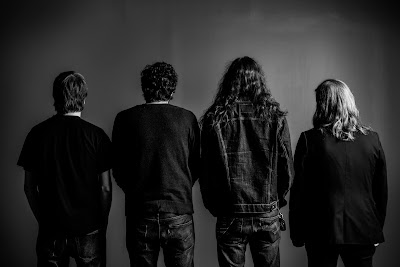 Several years ago my friend Bill (who runs 1980 records out of Chicago) asked me if I wanted to put out a tape. It was a small collection of covers and a few original songs, and that came out under the name Coffin Problem. I was playing with the bands Shores and Haunted Leather at the time, and didn't really have any plans to start something new. Both of those bands eventually stopped playing, and in the summer of 2015 a friend from Heaters asked me if I had a band that could play a show. I said yes, even though I didn't, and that's when Coffin Problem became a full band. I asked Billy to play bass because I had played with him in Shores. I asked Trevor and Ben if they wanted to be involved, and that was that. We spent 4 or 5 practices getting a set together and played the show. That night Dizzybird records said that they wanted to put out the album, which we recorded that November, and it was released in July 2016.

Q: Who are your influences?
Personally I'd say that my influences are Swans, Wooden Wand, Low, Wovenhand, etc etc. I've also been really into stuff like Scott Walker and Carla Bozulich lately. The other guys each have their own that differ completely from mine. I think that is one of the reasons why this band works, is that we each have fairly different tastes in music so we bring different things to the table when it comes to writing. There are some overlaps, but for the most part we all listen to different things. We are also conscious about not letting our influences affect our music too much. If we're writing a song, and a part sounds too much like another band, we'll scrap that part and rewrite it.

Q. How do you feel playing live?
We always have a great time playing live. It's the best when you hear your sound filling the whole room and the crowd is attentive and responding well. I'm usually super nervous about live shows, but as soon as I'm up there and we start playing that all goes away. Getting positive energy from the crowd makes you play better and more intuitively, and the whole band gets into sync with each other. It's great.


Q: Tell us about the process of recording the songs ?
For the first album we went into the studio and recorded live. We laid down all the instrumentals one day, and the next day we did vocals and overdubs. It went really quickly, but that was a good way for us to get the first album done. For our upcoming second album, we went in to the studio for four days straight, and tracked everything separately. We had most of it ready to go, but we wanted to build the album piece by piece this time. This gave us more time and leeway to get into the zone of recording, allowing for new ideas to come to fruition.

Q: Which band would you love to make a cover version of?
We always talk about doing one of Beck's really old songs, or this one Waylon Jennings jam. In the past we've done "Somedays" by Tess Parks, and "Pissing" by Low.

Q: What are your plans for the future?
We're just about to finish up mixing the new album, so hopefully that'll be out by the late winter or early spring of 2018. Other than that we're going to keep writing new songs and playing shows.