Ghost Riders in the Sky with Spindrift - An Interview 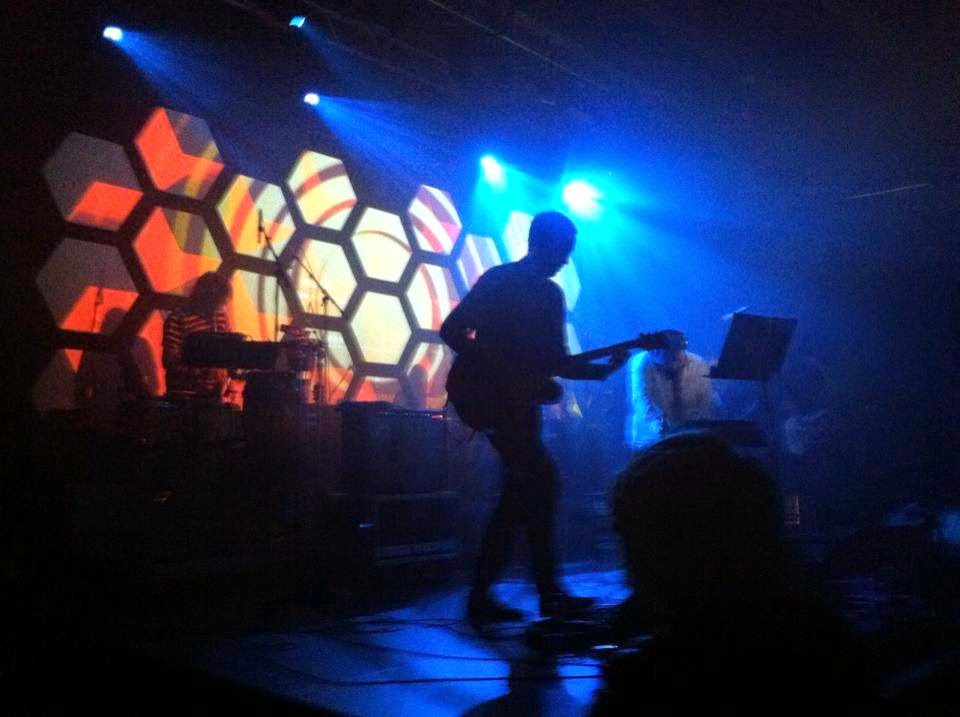 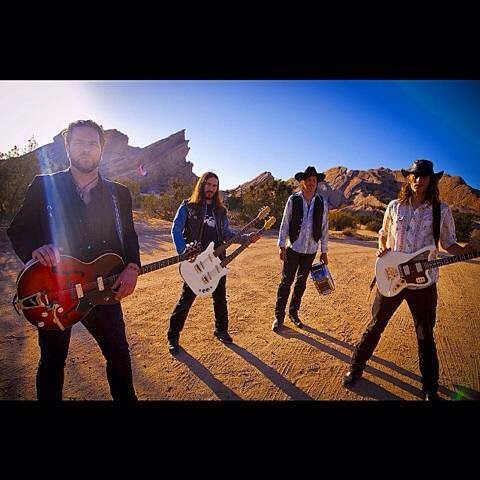 Q. When did Spindrift starts, tell us about the history..
1. SPINDRIFT's roots took place in the small college town of Newark, Delaware on the Eastern Seaboard of the United States. It was in the early '90's and I was in some different punk/thrash metal bands but knew I wanted to do something new and unique. Things were changing and Nevermind had come out as well as My Bloody Valentines "Loveless" but the big inspiration was being in the theater to see the film" The Doors" by Oliver Stone. I know it's not the best Doors film (the one Johnny Depp narrated is far better) but when I was young it fully made a heavy impression. It changed the scope of how I wanted to write music and be in a band. From Riders on the Storm to Ghost Riders in the Sky, I knew right away that there was a sound I wanted and that I needed a vehicle for creativity. The original lineup fell into place from the previous acts I had been jamming with. All of whom wanted to do something progressive under psychedelic influences. We described our early demos as Swervedriver or My Bloody Valentine meets The Doors. We did many shows around the college scene and gained quick momentum. Our live shows were really tripped out! We'd do studio time as much as possible, always rehearse, and always wish we could get the hell out of Delaware! Which was a huge trap for us being such an underground band. It was tough to get gigs in the nearby bigger cities since we were "from Delaware" so we were forced to spend the 90's mostly stuck in our basements rehearsing, recording, refining. Then, when we finally got out (escaped) I believe the flood gates opened and an outpouring of redefined inspiration began. For 3 months, I went to Tokuyama, Japan after graduating with an Engineering Degree, then upon arrival back to the USA, I told the band..."Pack up! We're moving to LA. I've seen the light and we're outta here!" I had literally ONE contact in Los Angeles at the time and that was my dearly departed friend Christopher Tucker(of the band The Situation). He's solely responsible for introducing me to the members of The Brian Jonestown Massacre who had a firm grip on the LA music scene at the time. The BJM then took me under their wing (I played guitar with them) and things went from there.

Q: Who are your influences?
2. Prime influences: The Doors Once Upon A Time in the West The Ventures and other Surf Rock/ Exotica Joe Meek Ennio Morricone//Sergio Leone Bruce Haack Earlier stuff that laid the groundwork: My Bloody Valentine Swervedriver Hawkwind Howlin Wolf Plus a good number of punk and heavier bands like early Judas Priest, Misfits, X, The Dead Kennedy's, etc. 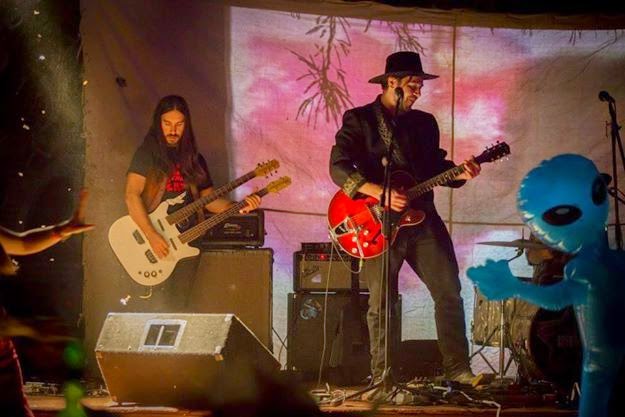 Q. How do you fell playing alive?
4. It's like you wait, drive, sleep, eat, read, drive, wait, wait...then you do it all for that hour or so onstage. Everything stops and you enter an entirely swirly and collective world of sound and light. It's blisteringly loud as well. You forget your daily problems/chores. It's a wall of sound. It's a transport machine directly to the desert Ghost Towns in outer space with Captain Kirpatrick as your host. All the way to the last note then the elation hits that is the reward that you've just done something inspirational. The fans cheer and it's the greatest high ever. I used to struggle with that. Coming down from that elation. Or having to find a replacement. I think they actually named that euphoria? Maybe they even have medication for that now too. Yikes.

Q. How do you describe Spindrift´s sounds?
5. I describe our sound as psychedelic, Cinematic, Western Folk Rock. I think that sums it up. Others say Psychedelic Spaghetti Western which is ok but we've gone beyond that with the last couple albums so "Cinematic" is the broader term here. I think the folk element is important since we've most recently released and performed more classic versions of older folk influence tunes including folk music of various countries as well, not just USA. It's an interesting genre huh?

Q: Tell us about the process of recording the songs ?
6. The last album we recorded many tracks in the Ghost Towns across the USA (as depicted in our film Spindrift: Ghost of the West) then we pieced them together at home studios and then edited them with engineer Riley Bray, next to Gene Autrys old house in Studio City, CA. Previously, we've tracked Classic Soundtracks Vol 1 in Joshua Tree, CA at a unique artists retreat called Hicksville Trailer Palace. It's safe to say, we always try to find unique ways and places to record at to add to the vibe. The desert locales being most important. As far as writing songs, usually my best place to come up with melodies? The shower. Seriously.

Q. Which new bands do you recommended?
7. Current acts to check out (being a heavily touring band, we get to see and meet many different acts, these are only some of our faves that deserve more). Rt and the 44's Nik Turners Hawkwind Jello Biafra and the Guantanamo School of Medicine Yawning Man Chicha Dust Dead Meadow (plus Jason Simon's solo project Old Testament) Jesika Von Rabbit (plus Gram Rabbit) + Dancer Larry Van Horn Federale (Spaghetti Western band from Portland) Dan kerrigan's project "Flesh and Spirit" and "Crucible" 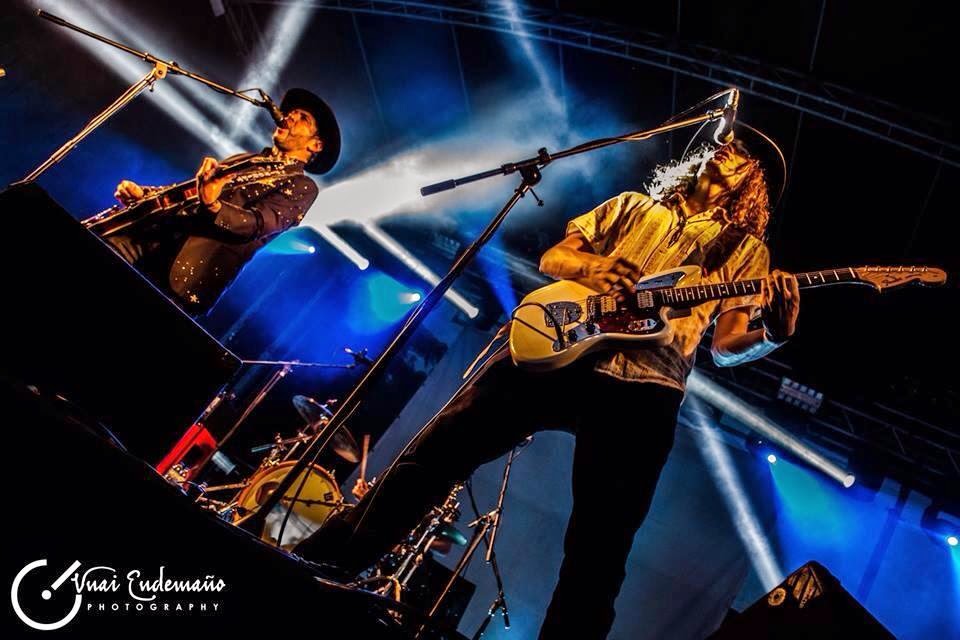 Q: What´s the plans for future....
9. We continue our European Tour till Oct 7 then solo I fly to Almeria, Spain where I will present our film Spindrift: Ghost of the West in Tabernas at the Almerian Western Film Festival on Oct 11. This is quite a treat as I will get to visit (and show our film) in the same place where I was originally inspired cinematically by all the Spaghetti Westerns. They were mostly all shot there! It's like full circle! Then we will hit the rest of the USA to tour and keep pushing the film as well as begin writing and recording for possibly the next Classic Soundtracks Vol 3? We also have some music coming out in the upcoming film Zombie Bounty Hunter MD as well as a new EP out on Tee Pee and Burger Records called "Exotic Detonation".

Q: Any parting words?
Thanks and we'll see YOU on the road!
Kirpatrick Thomas and SPINDRIFT
*
*
*
Thanks guys