Airwaves with Moon - An Interview 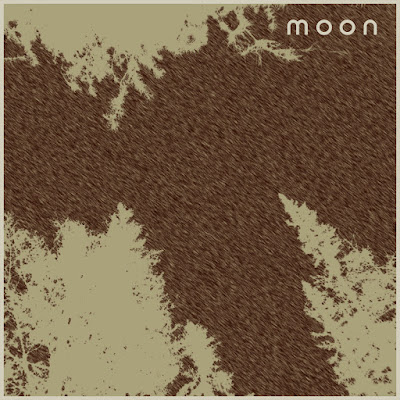 
Q. When did Moon start? Tell us about the history...
1) I have been recording and producing music for about 5 years. I started out making EDM under various names. When I first listened to The Velvet Underground & Nico my perspective on music changed radically (cliche, I know) and I became interested in rock music. The name MOON came about when I was creating the artwork for the EP having already finished the music. The name came from the album Pink Moon by Nick Drake and the song "Moon" by The Microphones.

Q: Who are your influences?
2) My top influences on this EP include The Microphones, My Bloody Valentine, Duster, Animal Collective, and Galaxie 500.

Q. How do you feel playing live?
4) I've actually never played live under the name MOON or playing any of my recent solo music. I am only 18 years old and am mainly interested in recording but I would love the opportunity to perform. When I have performed in the past it has been extremely gratifying.

Q. How do you describeMoon sounds?
5) When I put the EP together I wanted it to combine some of my favorite elements of the music I was into at the time. For example, I wanted the warm analog sound of Duster, the dreaminess of My Bloody Valentine, and the sad understated singing of The Microphones. I also tried to emphasize the experimental nature of artists like The Microphones and Animal Collective.

Q: Tell us about the process of recording the songs ?
6) With the exception of "Airwaves", all of these songs started on the guitar. I wrote chord progressions, riffs, and or lyrics, and then recorded them. From there the songs were finished almost exclusively on the computer. I recorded vocals and some shaker but all of the other instruments were done using VST instruments. The DAW I use is Ableton and I used VST instruments including Native Instruments Kontakt, Arturia Minimoog, and U-he Diva. I also used VST effects including Fabfilter Saturn and PSP Vintage Warmer 2 to give the songs a warm analog sound.

Q. Which new bands do you recommend?
7) Recently I have been listening to modern artists like SALES, Sunflower Bean, and Protomartyr.

Q: Which band would you love to made a cover version of?
8) I have been working on a few cover songs that I may eventually release. One artist which I have wanted to make a cover of for a while is Rocketship.

Q: What are your plans for the future?
9) I am starting college at the University of Maryland Baltimore County in August where I will be studying music technology. I will probably release another EP in the next few months and plan on continuing to record and release music for the foreseeable future.

Q: Any parting words?
10) I have spent the last few years of my life trying to absorb as much music as I could. I have been making myself listen to many genres that I initially didn't like, for example Hip-Hop and Jazz. So to anyone out there who has a passion for music, go expose yourself to everything that is out there, even if you initially don't like it, because it will change your perspective on music.
*
*
*
Thanks