Woodstock with Swiimers - An Interview 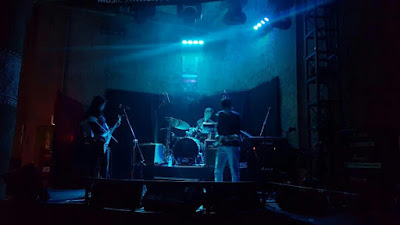 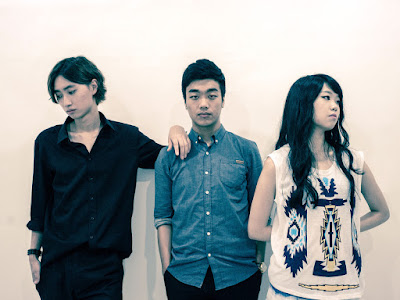 Q. When did Swiimers start? Tell us about the history...
MQ: Swiimers started out under the name of UHF Seoul. MQ wanted to change the musical color after a while, and recruited new members to form Swiimers.
Current line up was completed early this year. Our official debut was made with single titled Polaris in August.

Q: Who are your influences?
MQ: There are many great musicians... I'm not sure lots of people would think of Sigur Ros while they listen to our songs, but Sigur Ros has been some critical influence to my music. Also there are Sonic Youth, Massive Attack, Mojave 3, Bon Iver, Radio Dept... I guess almost all of the musicians I like must have influenced the music I make. Some of the K-pop songs as well.

Q. How do you feel playing live?
MQ: It makes me feel like I've finally found a space that I belong. You know, standing under the light that's exactly there in purpose of shining on me, people looking at the stage expecting to see me standing there... When you just "exist" in nowhere you feel like you're not sure if this is the right place for you to be. I can never be sure. But when I'm playing live, I know I've got something to do right now, and I know that's where I'm supposed to be. That's an awesome way to feel you're not totally useless.

Sunwoong: It's simple for me. I'm excited and happy when I'm playing live.

Pyunggang: I try to embrace the vibe between my play and the audience. When they click, I feel some sort of fullness, or the energy.

Q. How do you describe Swiimers sounds?
Sunwoong: The dreams of a dolphin in the deep ocean?

MQ: It's a sound that frees your body and mind. (is what I hope)

Pyunggang: The ultimate healing song! That release and relieve all the emotions.


Q: Tell us about the process of recording the songs ?
Sunwoong: First MQ makes the basic structure of the songs. She records, sequences, and plays to make a rough demo, and then share it with us. We take a listen to the song, try to get inspired, and then with some ideas we meet up to practice and collaborate and see if they work out. We try to build the details together, and then when we're done with making the more sophisticated demo, that's when we start the real recording. Right from the very beginning.

Q. Which new bands do you recommended?
MQ: A Korean rock band Life and Time just released their first full-length studio album. They're very different from our musical color, but their album is totally mind-blowing.

Sunwoong: I don't think Toe is a new band, but still I'd like to recommend it for those who are not familiar with the name. It's a Japanese Math Rock band.

Pyunggang: I had a chance to get to know Mr. Nah Band (나상현씨 밴드) the other day, and found the members were real dudes. They know how to have fun and how to make people feel amused. It's a band full of positive energy.

Q: Which band would you love to made a cover version of?
Sunwoong: M83-Midnight City
Arctic Monkeys-505
Yeah Yeah Yeahs-Maps

Pyunggang: I think covering Adele's songs would be a cool challenge. She has this incredible soul in herself, and I feel like we might be able to interpret it into our own musical color.

MQ: The first generation K-pop girl group, S.E.S with their song I Love You (너를 사랑해). But I'd rather play the guitar than dance while singing.

Q: What´s the plans for future....
Sunwoong: Going to the Pentaport Rock Festival!

Pyunggang: Yeah, that and to be acknowledged by the public as an awesome guitarist would be my personal plan.

MQ: I'll be super excited if I can tour the world, you know, visiting cities of rock...
But for now, we're trying to focus on the upcoming first album. It's going to be an EP, and we're planning to release it in December this year.

Q: Any parting words?
Thank you for interviewing us, and thank you for reading!
Please love our music, and like us on our fb page when you've got nothing to do. When you have things to do, like us anyway.
*
*
*
Thanks