The Garden with Synapse Lens - An Interview 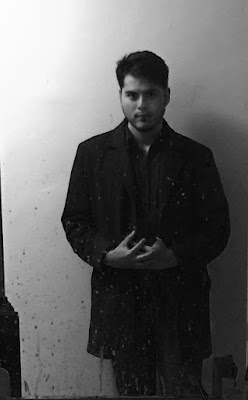 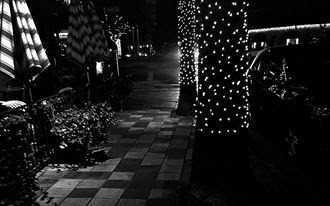 Q. When did The Synapse Lens start? Tell us about the history…
Synapse Lens started in my studio apartment during the summer of last year. At the time, I had left behind a noisepop band called Limerent Dance Machine in order to attend UC San Diego. I didn’t really know anyone out here who shared the same influences, and so I decided to start a bedroom recording project with a few bits of gear I had laying around. Everything was played by me on the record. I really struggled for a year or two to put an album together because of how busy I was, but everything eventually came together.

Q: Who are your influences?
The Durutti Column has been a large influence on this record, as well as The Chameleons and Felt. I love the aesthetic of all of those bands, and try to juxtapose that style with some of the more current stuff I’ve been listening to. Radiohead has always been my favorite band however — their output has been an ideal to aspire to.

Q. Make a list of 5 albums of all time…
Alright. These are liable to change on my mood, but here we go:

Q. How do you feel playing live?
I actually haven’t played live in over a year. It’s something that I miss. There is a certain visceral impact you can feel in your chest, as well as high frequencies at the fringes of your hearing that are impossible to replicate on a stereo. I like to play with a full-backing band however; I’d feel awkward doing that whole acoustic singer/songwriter thing.


Q. How do you describe Synapse Lens sounds?
I personally have no perception of my own music. Now that it’s out, I don’t listen to it. It’s like a ritual cleansing that happens every few months or so. I’d imagine it sounds halfway-decent, at least I think so! I wanted to give a more forward edge to what is generally considered a dreamy or relaxed genre; let it get angry at points. With some songs, I would imagine I was making “Nightmare-Gaze.”

Q: Tell us about the process of recording the songs?
Little by little, piece by piece. I have about three different microphones that I cycle through. I generally mic up a little four watt Vox tube amp in my room with an AKG condenser and an SM57. I’ve gotten better results with little amp than with others at over ten times the wattage. Usually I’ll lay down drums and rhythm guitar before anything else, and than just layer on top indefinitely. The real work is subtracting instruments and sounds from the final mix.

Q. Which new bands do you recommend?
I think musicians like Holly Herndon, Arca, and Oneohtrix Point Never are making unbelievable advances in experimental electronic music. I would place them in their movement if I could describe what links them adequately. We’ll leave that to the journalists. As far as shoegaze or dreampop, I’m really looking forward to the next Wild Nothing release.

Q: Which bands would you love to make a cover version of?
The Beach Boys. Miles Davis.

Q: What are the plans for the future?
My plans are to be as open as possible to what the future brings. I used to make colossal plans, and go at them with endless ambition. That kind of ideology can narrow your perspective of the world and close you off from many surrounding experiences. It can also make you unhappy when you don’t get what you want. Right now, I trust that I’ll continue to make music. Wherever it goes, whoever listens, is not within my control.

That being said, I want to kind of steer away from the whole 80’s vibe of my music. I don’t want it to feel reminiscent of a past era moving forward.

Q: Any parting words?
Thanks for having me, and thanks for listening.
*
*
*
Thanks