Trance with White Laces - An Interview 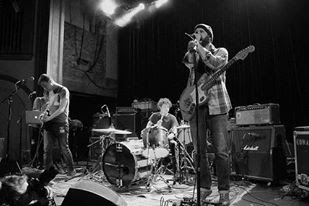 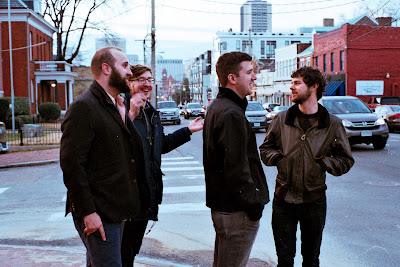 Q. When did White Laces start? Tell us about the history...
1. White Laces started in Richmond, VA. I was initially recording demos in my bedroom but that soon expanded to a full lineup with a more dynamic songwriting style. Since then (roughly five years ago?) we've had a couple lineup changes but not too many. We're currently a four piece.

Q: Who are your influences?
2. Hmmm... well there's quite a few things that all of us are into and I'm really not sure how to address this without selling something short. We're all fans of a really broad spectrum of music and bringing those styles together when we write and record without making them too explicit is fun for us. I got to see the band Lilys in Philadelphia this past weekend, which is a rare treat, and I'd consider them to be something of an influence when we first started, as well as Broadcast. We all agree on Janet Jackson. This is definitely a terrible answer but really at this point we've absorbed so much music that it's impossible to pick it apart.

Q. Make a list of 5 albuns of all time…
3. These would vary wildly from member to member but here are a few of my faves that I've thought about lately-
Portishead - Third
Disco Inferno - DI Go Pop
Dean Blunt - The Redeemer
Oval - 94Diskont
Mouse on Mars - Instrumentals

Q. How do you feel playing live?
4. Playing live can be a lot of fun or it can be very strange depending on the material/mood/etc. We just took some time off to work on new songs and we've started to learn tracks from our new mini-LP, so that's giving things a bit of a different vibe and I'm excited to see where that goes.


Q. How do you describe White Laces sounds?
5. I'm legitimately terrible at doing this. We generally start with simple melodies/riffs and then build rhythms and atmosphere around there. We've still got a lot of essential rock band elements but I feel like we move further away from those with each release. At this point maybe atmospheric hybrid pop? But even that feels strange and wrong. It's really all about strong hypnotic rhythms and melody.

Q: Tell us about the process of recording the songs ?
6. We generally demo ideas and songs at home and then bring them to our practice space and see what they become. Usually we'll track everything live in the studio and then build out overdubs after we've played through everything. On our newest release we recorded/sequenced everything at home and then went into the studio to track vocals and mix, which has been a pretty fun/interesting process for us.

Q. Which new bands do you recommended?
7. I've been really terrible at keeping up with new music this year. We just did a brief tour with Philadelphia's Myrrias and I've been listening to the tracks from their tape quite a bit.

Q: Which band would you love to made a cover version of?
8. We've done some ridiculous covers ranging from Tom Petty, The Cure, Lilys, Nirvana, Pavement and Cocteau Twins. We'll probably figure out some covers that suits the new set of material.

Q: What are your plans for the future?
9. We're heading into the studio in about a week w/Jeff Zeigler in Philadelphia to finish mixing our new mini-LP, which should be out early next year. We're also working on new songs for our next full-length, which will hopefully come together over the next few months.

Q: Any parting words?
10. Thanks so much for getting in touch and glad you enjoy the records!
*
*
*
Thanks