Shipwrecks with Sound Is Lovv - An Interview 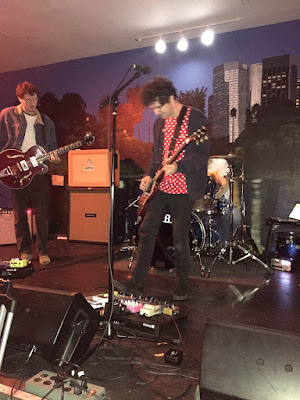 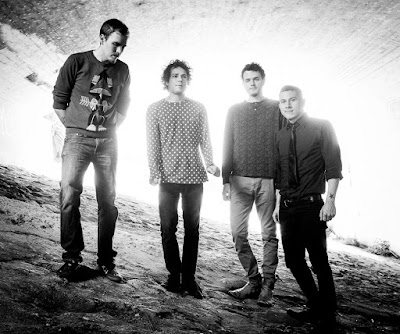 Q. When did Sound is Lovv start? Tell us about the history...
A. Brad: For the most part it started when I moved to LA about 3 years ago. After several failed attempts to put a band together, I decided I would just record the songs I had written by myself and worry about the rest later. When I needed musicians to record the rhythm section, my sound engineer Josiah Mazzaschi put me in contact Mike and Nicole. After the recording was finished I put the word out to find band members. I realize that process sounds some what contrived as opposed to the conventional way a band is formed, but I think its becoming more common with the way things are in music at the moment.

Q: Who are your influences?
Dario: Juan Alderete (The Mars Volta)

Q. Make a list of 5 albums of all time…
In no particular order

John: The Beatles "Revolver", Kendrick Lamar "To Pimp a Butterfly"

Q. How do you feel playing live?
A. Brad: Its a chance to be an exaggerated version of yourself, and at times another person entirely. I'm pretty reserved and low key in general, so when I perform I go nuts. And the beauty of it is you don't have to explain yourself, you can hock it all up as an attempt to entertain people.

John: Depends on the night but it always feels like a chance for whatever’s in to come out (which I guess is pretty obvious). I guess my “feeling" depends on how I react to that opportunity on that particular day.

Dario:It’s the one of the best feelings! I don’t do drugs but it’s drug-like in the high I achieve while performing and crave after it’s all over.:

Q. How do you describe Sound is Lovv sounds?
Dario: very shoegaze-y and with a good ear you’ll pick up some of that motown vibe. I see a wave rising, collecting and building and finally crashing down but it’s not a catastrophy.

Q: Tell us about the process of recording the songs?
A. Brad: For "Shipwrecks" it took more time than I expected. I had the words and melodies already written, but the pacing, layering, and harmonies were developed as I went along.I can't play drums at all and my vocal abilities are limited, so Mike and Nicole contributed a lot to those aspects.


Q. Which new bands do you recommended
A. John: Shoutout to my friends in Fell Runner, Orchin and Wistappear who are making really cool music right now and should seriously be checked out by all.

Dario: This electro pop group from the Valley, Canons. Adjy, I believe they’re from North Carolina. Semi-new, Prayers from San Diego and for anyone not yet familiar with Moon Hooch(New York) go listen! They’re so much fun and healthy for the senses.

Brad: Check out SHEER, local band out of Simi Valley. Female fronted. A cool thing about them is they are a "gaze" act but they're not all reverbed out. They lean more towards a grunge feel with heavy guitars and the lyrics are more clearly articulated.

Q: Which bands would you love to make a cover version of?
A. John: The Beatles, The Police, Neil Young and Crazy Horse, Simon and Garfunkel

Brad: I would say something by Cocteau Twins but I could never do Liz Fraser's voice any justice. I'd love to cover LCD Soundsystem's "Dance Yourself Clean"

Q: What´s the plan for the future....
A. Dario: It’s easy to see the future with these guys considering our rehearsals. There are times we hang on a jam and it seems like magic, chemistry or is Alchemy?

Brad: Mind our P's and Q's and not tweet anything that will get us kicked off a record label

Q: Any parting words?
A. Dario: I’m at the beginning of everything and the end

John: When you’re driving, always use your turn indicator.