Stumbling Towards Purgatory with Whatfunlifewas - An Interview 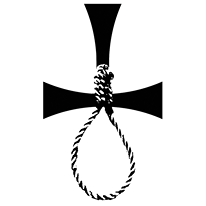 Q. When did Whatfunlifewas start? Tell us about the history...
a) Whatfunlifewas was conceived primarily as a studio project. It was supposed to be an outlet for pop songs I had written that had no home in any of the bands I was playing in at the time. When the opportunity to have a professional recording arose, we took it. After the record was done, people were asking us to play shows, so a full band was assembled. We continue to play locally, and have toured the West Coast exactly one time.

Q: Who are your influences?
b) Beyond the obvious, (MBV, Slowdive, Lush, Ride, Pale Saints, Lilys, etc.) we appreciate a healthy dose of psychedelic rock from all decades (everything from Os Mutantes to Hawkwind to Loop and everything in between) as well as some of the seminal "slowcore" bands like Low, Bedhead, Galaxie 500, and Red House Painters/Sun Kil Moon. I really enjoy the idea of sonic exploration through repetition, something at which Can, Neu!, Faust, and a lot of the other more experimentally oriented German rock bands of the time excelled. Obviously, we don't really sound anything like that, but I try to keep that spirit of exploration in mind when writing. Also, I really like old Heavy Metal and will occasionally write guitar solos because I have poor self control.

Q. Make a list of 5 albuns of all time…
c) Drive Like Jehu's "Yank Crime" is the greatest rock album of the last 30 years. Runners up are, in no particular order:
Slint-Spiderland Stereolab-Dots & Loops
King Crimson-In the Court of the Crimson
King Kool Keith-Black Elvis/Lost in Space
Brian Eno-Taking Tiger
Mountain by Strategy

Q. How do you feel playing live?
d) 3 out of 4 of us are audio engineers, 2 of us do live sound professionally, so being the band that's way too loud, barely sings above a whisper, and wants way too much reverb on the vocals sometimes gets to be a problem. Other than that, it's fine I suppose.

Q. How do you describe Whatfunlifewas sounds?
e) We try and create something that is simultaneously otherworldly and comfortingly familiar, like being at peace with mortality.

Q: Tell us about the process of recording the songs ?
f) Thus far, our recordings have consisted of myself and Justin, our drummer, laying down the bare bones of drums and a basic guitar track. From there, I build bass and supporting guitar tracks, and eventually vocals. Mixing mostly consists of Andy seeking out offensive overtones and eliminating them while I sit on his couch and play Mario Kart. When he needs a break from the monotony, he will play next to me and cry while I beat him mercilessly on Koopa Troopa Beach. Again. And again. And again.

Q. Which new bands do you recommend?
g) I'm generally pretty disinterested in a lot of newer pop bands. However, Jared from Balms has been organizing the best of the local dream pop/shoegaze bands into the Dreamgaze Collective. Anything he puts his name on is worth a listen. Beyond that, I really like the new Helen record. It's Liz Harris of Grouper fame doing a fuzzy, dreamy pop album. The guitars create a sonic wash, so the bass takes most of the melodies, which makes for a neat role reversal of typical guitar/bass interplay. And the vocal production is sublime.

Q: Which band would you love to made a cover version of?
h) I've actually toyed around with covering Caetano Veloso tune "Oração ao Tempo." Those harmonies that come in towards the second and 3rd choruses give me chills and could be really cool if transposed to a more atmospheric and eerie voice. Additionally since the vocals are more of an instrument to be blended into the mix in Whatfunlifewas, it would fit to have them be in a language most listeners (yourself excepted) do not speak.

Q: What are your plans for the future?
i) We are planning on recording a full length in the very near future. I had recorded one last year, but was ultimately dissatisfied with the result. As such the decision was made to make recording a significantly more collaborative process so as to yield better results.