Anybody Silent with Miniatures - An Interview 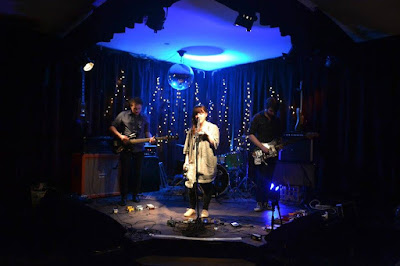 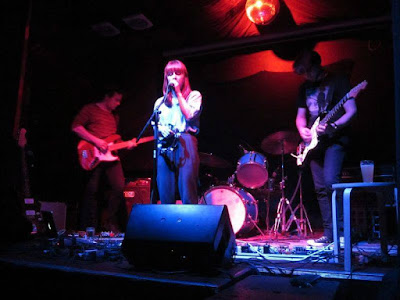 Q. When did Miniatures start? Tell us about the history...
Miniatures began in 2010 in our hometown of Christchurch, New Zealand. We've since moved to Melbourne and the lineup has fluctuated wildly over the years!

Q: Who are your influences?
Our influences have changed a bit over the course of the band’s life though there are constants of course. I am mostly influenced by Post-Punk and 90's alternative though we love our electronic stuff as well.

Lately we've been obsessed with the new Pinkshinyultrablast and Tamaryn records and seeing what we can learn from them as we make our album.

Q. Make a list of 5 albums of all time…
The Cure - Disintegration
Siouxsie and the Banshees - A Kiss in the Dreamhouse
M83 - Before the Dawn Heals Us
Lovesliescrushing - Bloweyelashwish
Kitchens of Distinction - Strange Free World

Q. How do you feel playing live?
Stressed, as if every eye in the house is watching and scrutinising every note, every movement. I think that's perfectionism/anxiety creeping in but I suspect I'm not alone there!

Q. How do you describe Miniatures sounds?
Thick and obnoxious guitars covering every surface over punchy synthetic drums, softened with much sweeter vocals and hopefully somehow balanced out!


Q: Tell us about the process of recording the songs?
Previous releases we have recorded and produced at home, with simple gear and software. For the album, we recorded the guitars and some other elements at a compact studio with our friend Matthew Hosking (Of vhs dream). We are still self-producing, currently working through the mixing.

Q. Which new bands do you recommended
As far as Melbourne goes, there are a heap of great bands/artists around at the moment. We really like Superstar, vhs dream, Luna Ghost, Bloodhounds On My Trail.

Q: Which bands would you love to make a cover version of?
We covered two Cure tracks recently for the Roogaze show in Melbourne, Pictures of You was great and a long awaited dream cover. No idea what else we would do, too many choices! Maybe a Curve track, that would be badass.

Q: What´s the plan for the future....
We’re mixing the album at the moment, and have a single/video in the works for the next couple of months. The album will most likely be out early next year and we’re going to be quite proud of it. Plans to hit the road (interstate and/or overseas) to some extent next year are in the works too!

Q: Any parting words?
Thanks a lot for the interest/interview and keep your ears peeled for our new stuff in the coming months, it’s going to be special!
*
*
*
Thanks