Loosies with Drug Train - An Interview 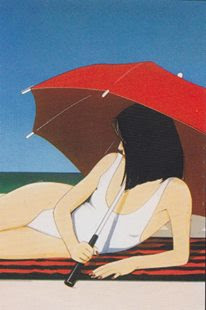 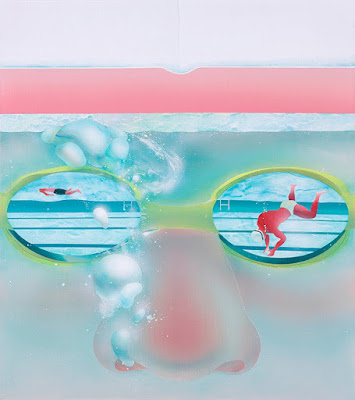 Q. When did Drug Train start? Tell us about the history...
It started back in 2011 with a slightly different line-up. Just the regular thingie, theres not much of a story there. At this point we found our groove and we're just four really close friends from Montreal who enjoy spending time together making music amongst other things. We would be hanging together anyway. We always do. Club Social thing.

Q: Who are your influences?
We all listen to a lot of different music but it's safe to say that we meet around pop music. By that I'm referencing to most genres and different periods in time. We're honestly more influenced by situations, people, and the little things we care about. The trigger tends to be more the tools that we use and the sounds we make with them, as well as our daily moods.

Q. How do you feel playing live?

Its definitly not our main thing. One could say we're somewhat needy and dont want to settle for a half ass version of what we do on records. Under the right circumstances, if the stars align we'll play and its usually pretty fun. Its nice to see people and all and we realize a lot of people are into that. Also, we're kind of really undisciplined at rehearsing and stuff and theres a lot of hockey going on so the timing's tough. That being said we'd love to do a *bit more soon and are planning to. Most of our music is free tho so fair enough right ?


Q. How do you describe Drug Train sounds?
We usually don't. But hey it is what it is. Electronic pop, lazy hazy dance music, vedge wave, pretty stuff?

Q: Tell us about the process of recording the songs?
We always work on batches of songs at the same time. It's usually us recording tons of demos and then listening to them all the time... for months... adding little thingies to them, taking turns. We always end up finishing a few of them at a time. Since we don't practice, we do spend a lot of time on the writing, recording and mixing processes. We like to sound reaaaaally good.

Q. Which new bands do you recommended?
Our favorite montreal homies are chevalier avant garde and duchess says. Lots of female rappers on our soundcloud page "likes". This week, I listened exclusively to Sleaford Mods. I can't be messed with :) We also strongly suggest to listen to all the other cool cats on Beko Disques, there are some gems there, trust me, I'm a successful working woman.

Q: Which bands would you love to make a cover version of?
We're "working" on a cover album actually. We'll cover the shit out of anything, friend.

Q: What´s the plan for the future....
We're about halfway through our first full length album, which will be released next year on Beko Disques. More free EPs, covers versions of classic french canadian pop songs 'cause we love the people.