Waterwings with Hush Pup - An Interview 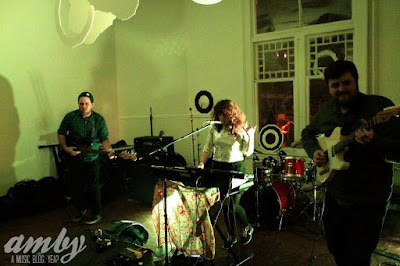 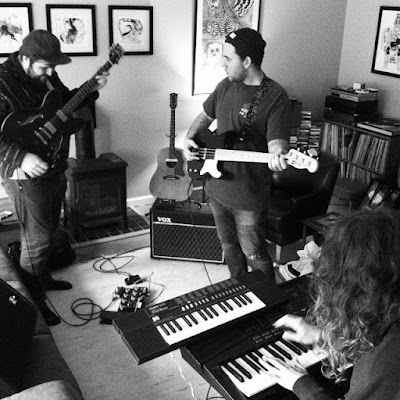 Q. When did Husp Pup start? tell us about the history...
1. Hush Pup started in the winter of 2013. I was asked to play a solo set opening for a friend's band and I decided to use it as an opportunity to finish some songs I had been working on. I brought them to my boyfriend Steve(bass) and to my long time friend Torrie (guitar). We jammed in our tiny apartment and it felt really good. Really dreamy. They understood the aesthetic y'know

Q. How do you feel playing live?
4. Playing live is amazing. It definitely has it’s ups and downs though, like sometimes your put in situations with difficult sound or sometimes your feeling shy and you have to do your best to communicate through it. It takes some resilience I think. Resilience, confidence and an ability to get into the mood wherever you are. The amazing part is the energy that you can get off of the audience. It’s an interaction. Lots of vibes in the room.


Q: Tell us about the process of recording the songs ?
6. We’ve recorded a few different ways. We usually complete the songs before we go into record. Like we write them how we’d play them live. Then we lay that down and layer overtop of it. Recently though we recorded a song that wasn’t finished with our friend so we were writing and recording at the same time. I think it gives the track a fresh energy. It’s called Hisyo’s Jungle and we recorded it in our apartment during a spring thunder storm:)

Q. Which new bands do you recommended?
7. There are so many bands that i’m obsessed with in Canada’s music scene. Here are just a few: The Backhomes (Victoria, BC), White Poppy (Victoria), Bernice (Toronto), Tenderness (Toronto), Ken Park (Toronto), Mimico (Toronto), Mystic Triangle (Toronto), Digits(Toronto), The Lad Mags (Edmonton)

Q: Which band would you love to made a cover version of?
8. I’ve recently been thinking about wanting to cover some Tears For Fears songs. Those songs have such great melodies.

Q: What are your plans for the future?
9. We’d love to do more international touring. It’s thrilling to meet bands from other places and so inspiring being exposed to music scenes. We’re just finishing up 4 new songs that we’ll release as a EP in the next few months and then we’ll get to work on a full length I think. We have plans to write our next release completely collaboratively. I’m really excited about that.

Q: Any parting words?
10. Parting words…. well I’d like to say congratulations to people making art for arts sake. We’re on tour in the U.S. right now and i’ve been blown away by how much creativity there is in every place. It’s really quite beautifu
*
*
*
Thanks