The Smell Of Sunshine with Dreams Wash Ashore - An Interview 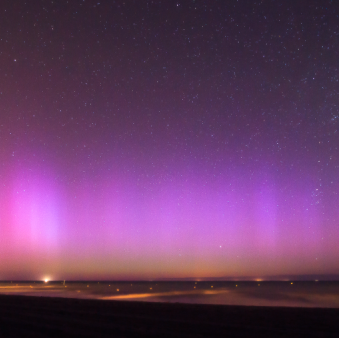 Q. When did Dreams Wash Ashore started, tell us about the history...
A: I have been playing music since age of 13, in different bands, mostly alternative. The first ideas and riffs started to come up around 2006-2008. The idea was to create an album mixing some indie/shoegaze/grungy/alternative sound. That is how DWA was born. After the release of “Stargazer”, I became very busy with other projects, but I have also managed to record lots of different ideas for new music.

I released an EP under the name “Dreams Burn Down”, “The Dreamer’s Hideaway”. It was originally planned to be a DWA release but I preferred to create a new entity as the sound was much more electronic.

Q: Who are your influences?
A: I listen to a lot of music of various styles, but in the context of DWA, I would say mostly the 90s rock scene, like Filter, Far, The Smashing Pumpkins, My Bloody Valentine, Failure, and so on.

Q. Make a list of 5 albums of all time…
A: This is totally inhuman and insane! So OK let’s put a list, but it could also be another one if you ask me that next week:
The Cure “Pornography”,
My Bloody Valentine “Loveless”,
Snowman “Absence”,
Nine Inch Nails “The Downward Spiral”
and King Crimson “In the Court Of The Crimson King”

Q. How do you feel playing live?
A: As off today DWA has only been a studio band, but concerts could be something possible, depending on the context.

Q. How do you describe Dreams Wash Ashore sounds?
A: The aim was really to get the sound of this indie rock I love, without being a copy, otherwise there is no point to do music. I like the use of E-Bow, as well I have been working on a specific “Reverb” guitar sound that you can hear along the album. I called it “Dream Reverb”.


Q: Tell us about the process of recording the album?
A: I started to record the album in my studio end of 2010, I was doing 2-3 days sessions and then was stopping for days or even weeks. The process took around 6 months in total.

Q. Which new bands do you recommended
A: Well I will take the chance to speak about some of my friends bands who are part of “ The Black Lodge Experience”. Dreams Burn Down, they are currently working on a new EP that sounds quite 80s, Trompe L’Oeil, a hip hop band for people who don’t listen to hip hop, like Dälek, and Antagoniste, a Metal band in the likes of Terra Tenebrosa/Deftones/Blut Aus Nord.

In the more “mainstream” style, I like a lot The Soft Moon.

Q: Which bands would you love to make a cover version of?
A: I would like to cover in DWA style some songs that are different, like Clan of Xymox “Equal Ways”, some Nick Drake as well. Maybe I will take the time to do some covers in the bear future, but I am already busy to create my own!

Q: What are your plans for the future?
A: I have recorded through the years a lot of ideas. I have just built up a new studio and I started to listen to all that, keep what is great, and build some songs from there. I think the next releases will be in the format of EP’s put directly on my Bandcamp. I believe albums are losing their interest, and I like the idea to publish as soon as few songs are ready. That will be in 2016

Q: Any parting words?
A: Thank you Renato for your interest in our music, and keep alive your blog. For the ones who wants to know more about us you can listen to DWA on our Bandcamp Page as well as follow us on Facebook to keep updated on our new music.
*
*
*
Thanks