Psychotropic with Los Tones - An Interview 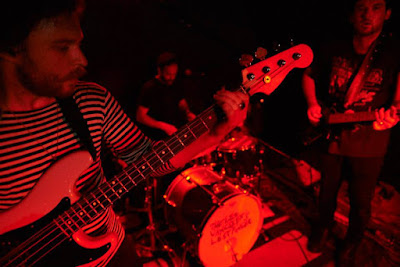 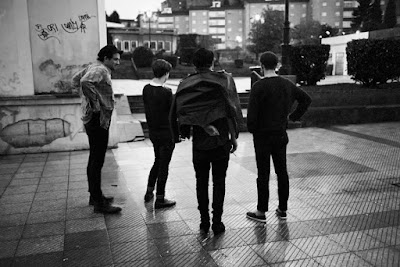 Q. When did Lost Tones start? Tell us about the history...
A. A little over 2 years ago, blackbear, Los milk and El roberto were playing in various other bands all playing in the same scene in sydney. After members of our old bands moved away or could play altogether for a number of reasons, we decided to start Los tones. We all still loved playing and after going to Spain for a wedding and saw phantom keys play, we realised that we wanted to tour and play with these kind of bands. The garage scene wasn't really big at the time in sydney and we just wanted to play garage! Haha. So here we are.

Q: Who are your influences?
A: We all come from different backgrounds of music, so our influences are of a wide range. From 80s anarcho/hardcore punk, to psych, to blues and country, pretty much anything rock and roll with a bratty DIY attitude. But we all have a mutual love for 60's garage, teen scene, blues trash etc. What keeps us influenced nowadays is all our friends bands in the garage/psych scene in Australia! Like king gizzard and the wizard lizard, the murlocs, straight arrows, Mesa cosa, the dandelion, living eyes, frowning clouds, gooch palms! Everyone is writing such great music and we love being a part of that!

Q. Make a list of 5 albuns of all time…
A: hard question! Haha. Ok,
Misfits - Static Age
The Sonics - Introducing The Sonics
Neutral Milk Hotel - in the aeroplane over the sea
The Rolling Stones - exile on Main Street
The Seeds - the seeds

Q. How do you feel playing live?
A. LOVE IT! Dancing, partying, Travelling the world sharing our music and meeting heaps of like minded people! What's not to like?

Q. How do you describe Lost Tones sounds?
A: 60s inspired garage rock from Australia. 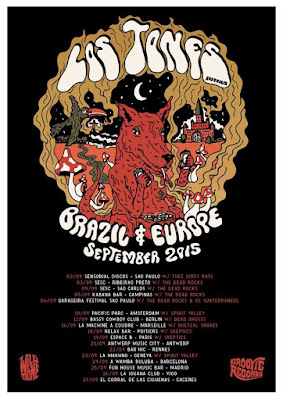 Q: Tell us about the process of recording the songs ?
A: usually it starts with a riff idea either on guitar or bass and we jam it out till we get a structure and all the parts down. Then the vocals come after that. Everyone writes the parts to their own instruments because no one can play that instrument better. Recording the songs is always live. The energy you get from a live recording can't be mixed into a multi track recording (With us and our music that is). Just run it through a bunch of effects, and bang it out, mistakes and all. A lot of beers and a few cigarettes later and you got yourself a Los tones record.

Q. Which new bands do you recommend...
A: Got to give a shout out to our Australian pals The Murlocs, Straight Arrows, Mesa Cosa, the Dandelion, Gooch Palms, Living Eyes, Frowning Clouds, King Gizzard and the Lizard Wizard.

Q: Which band would you love to made a cover version of?
A: Too many! The rationals - I need you The balloon farm - a question of temperature The nerves - when you find out The sonics - strychnine Danzig - long way back from hell Haha!

Q: What are your plans for the future?
A: More songs, more albums, more travelling, more shows and more good times. Just the way we like it!