Skid Fiction with The Moas - An Interview 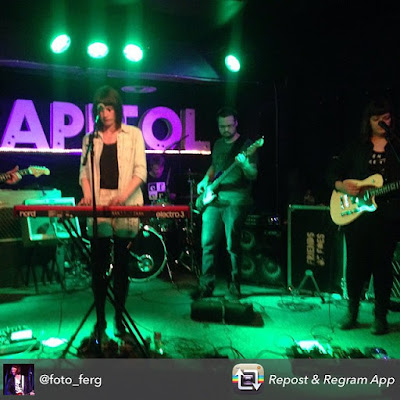 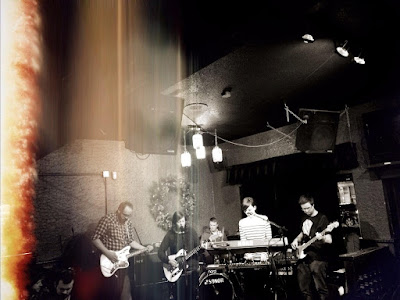 Q. When did The Moas started, tell us about the history...
We’ve been a band since 2010. It all started purely as an “I’m bored, wanna play some guitar?” kind of thing. Five years later, we’re still friends, still jamming.

Saskatoon is full of bands with a lot of shared members. It’s kind of a wonderful musical love triangle. Past and present projects that members of The Moas are associated with include The Fjords, Dumb Angel, Pearson, A Gentle Forest and Golden Smoke. The Moas grew out of the now defunct A Gentle Forest. Chad and Sonia had played in A Gentle Forest together. Sonia wanted to move away from lo-fi pop towards something louder, and grungier. Chad lives and breathes shoegaze. So that’s where the Moas began. Loud, gritty and strange at times, but still holding on to melodic pop tendencies.

Q: Who are your influences?
Yo La Tengo, Stereolab, Swervedriver, My Bloody Valentine, Sonic Youth (shoegaze and the 90s!)

Q. Make a list of 5 albums of all time…
In no particular order (we each chose one)
Stereolab “Emperor Tomato Ketchup”
NOFX “Punk in Drublic”
Yo La Tengo “I Can Hear the Heart Beating As One”
Beck “Sea Change”
Pavement “Wowee Zowee”

Q. How do you feel playing live?
Playing live is great! It’s a chance to share our music with others. Not every show is going to be perfect, but we’re fine with that. Sometimes how a room sounds, or what you are able to hear on stage is completely out of your control. Over the years we’ve learned to just accept that this may happen, and to try and have fun and play our best regardless. If we’re having a good time, the crowd will too. Playing live we get to meet people who feel the same way about music as we do. Playing music is something we all love to do, and we want to share that with others.

Q. How do you describe The Moas sounds?
This is always a hard one to answer… you could say we are an amalgamation of shoegaze, garage rock, psychedelia, and dream pop. We delve into sonic territories steeped in reverb and nostalgia. We can be loud, fuzzy, swirly, and dreamy. At the forefront, our sound is defined by our use of texture, drone and melody.


Q: Tell us about the process of recording the songs ?
The recording of the record was spaced out over about a year. We tend to do things in bursts of energy and then let it stew for a while. We believe pretty strongly in the idea of recording all of our material ourselves, so the record was recorded and mixed in our own homes. We tracked the drums at Jeff’s house, and the rest in Chad’s home studio. We totally lucked out, Jeff's living room sounded amazing for drums! Craig Boychuk of cb audio mastered the record.

Q: Which band would you love to made a cover version of?
Roxy Music!

Q: What´s the plans for future....
Our future plans include working on new songs and writing enough material for a full length album. Scott and Sonia are having a baby in the fall, so that might slow things down for a bit. On the other hand, Sonia will have a whole year away from work so we might just see those new songs really start to roll in.

Q: Any parting words?
Thanks so much for taking the time to listen to our record and interview us! We are really excited about Skid Fiction, and happy to share it with you.
*
*
*
Thanks