Behind the Veil with underwaters - An Interview 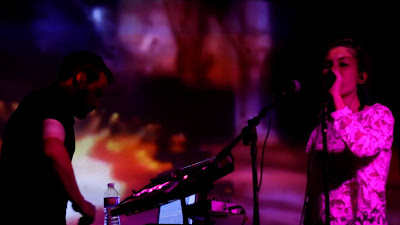 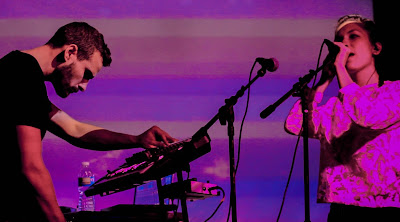 Q. When did underwaters started, tell us about the history...
J: We started back in 2010. We met through a common friend. When he introduced us he talked about how we were both musicians, then we started talking. At some point, since we were living in different cities at that time, we did our first song working online, just to see what would happen. It was "No man's land", and we were so happy with the result that we kept doing things together in the distance until "Once in June" was born.

Q: Who are your influences?
J: This is always difficult to answer. I do love electronic bands from the 90s and early 2000s like Boards of Canada or Portishead, bands of these days like Moderat, Flying Lotus, Com Truise, John Talabot... but I truly don't think we sound like any of them. We are a mixture not only of many music influences but also cultural influences because we were born and raised in different countries. I may have something mediterranean in my ways, Nath has french music in her veins and even sings in french in some of the new songs. And we are always seeking for our own sound, that above all, without paying much attention to trends. We may not be the most original band in the world, but we always work to be as unique as our skills let us

N: I guess I am influenced by a music who always have a dark side, a melancholic melody or a sexy beat. I like the intensity and the misticism of Björk, Bat for Lashes, beats of Trust or Miss Kittin, Gesaffelstein, the new wave melancholy. I like to add above it sometimes a touch of world, as Indian music for example.

Q. How do you feel playing live?
J: Playing live feels very intense. Dozens and dozens of days spent reharsing, hundreds of hours, reduced to a show that last not much more than 45 minutes. It feels great when you see all the work is worth it, when you see people enjoying the show. Myself, I mostly get lost in the bass and the sounds.

N: It is an intense experience, a mix of pleasure and stress. When you start to focus on the meaning of song, it is a real disconection, and then you are able to transmit it. It is a nice exchange with the public.

Q. How do you describe underwaters sounds?
J: That is another not so easy question. I feel like we kind of took the token of Trip hop, because maybe the basis of our first songs were about that. Downtempos with female vocals, it's a good starting point for two people that still doesn't know each other in anyway. But all the instrumentation and the intention in the vocals are not about Trip hop, we use more nowadays sounds, another kind of production, another kind of intensity. About the new sounds that we're working on, the next EP, which will be a soundtrack, is a mixture of pop, electro, brightness and darkness, and the first album will also have an electro and IDM basis, with tropical and summer feelings. The album has most of the good vibes songs we've ever composed. We always try to put the listener in an hypnotizing trip where Nath is the guide and everything is surrounded by colors and details.


Q: Tell us about the process of recording the album?
J: We've been working on ideas for this album almost since we first met, which means around 5 years. In this process songs came in, songs came out, the album itself has been deciding how he wants to sound and which songs are worth of it. The recordings are always something Nath does in her studio, then I work on the mix, send it back to her so she can help guiding me to get the final sound of the song.

Q. Which new bands do you recommended
J: At the moment I am not very motivated by any bands of the moment, I feel like there is a main sound going on, related to R&B and hip hop, that I used to like but now has me saturated. So I mostly listen to drum and bass, hardcore and The Beatles, which is a strange combination giving the sound of underwaters. Also, I have to say, when you work so much in your own sounds, sometimes you get trapped in a bubble when you are not capable of investing energy in searching for more. I use a lot of time listening to underwaters and sometimes I just need silence. This will probably change when we release the album.

N: HVOB and Blackbird blackbird have been quiet refreshing for me this summer.

Q: Which bands would you love to make a cover version of?
J: We did a cover of Tears for Fears (Mad World) that people loved. We are really into 80s bands for doing covers. We have some ideas in mind but let it be a surprise ;)

Q: What´s the plan for the future....
J: The near future is to release an EP which is the soundtrack of a short film. We worked on that soundtrack, then made a readaptation of the ideas to be able to release them as songs. We would show you the short film but it's private at the moment. We just can say it's an LGTB short film about drugs, and that it's a documentary. Then, hopefully in the next few months after summer, we will release our first album.

Q: Any parting words?
J: Just thanks for your kind words, for coming to us offering this, and we hope one day we will be able to play in Sao Paolo and have a beer there. Anywhere in Brazil would be amazing, we truly love the culture and the music there. Nath sometimes talks about leaving everything to go live there and learn bossa nova. Also, thanks to anyone who supports us and listen to what we do.
*
*
*
Thanks