Ephemeral with Starnoise - An Interview 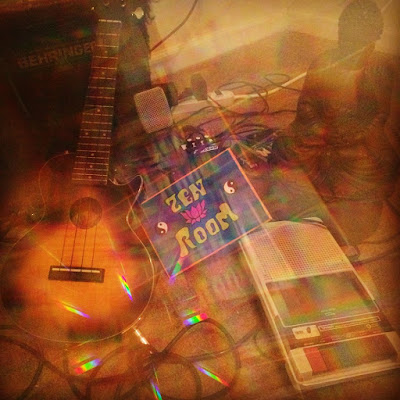 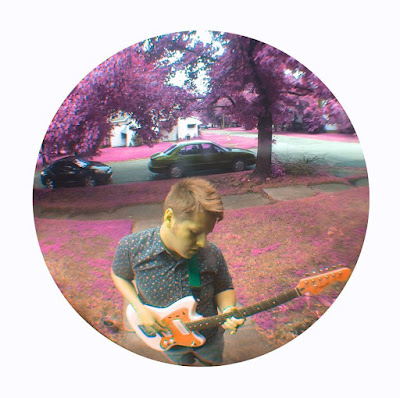 Q. When did Starnoise start, tell us about the history...
I release most of the solo music I’ve done in the past five years under the name Starnoise. I released 3 EPs by 2013 when I put the project to rest and started a band called Psychic Fair with a friend of mine, Taylor, and two exchange students from Brazil, Leo and Dimi, that were in Kansas for a semester. The band only lasted half a year because they went back to Brazil and the other member moved to LA. After that I was back to being solo, but I gained a new perspective on music. I used what I learned from being in a band to record Ephemeral. Most of the themes on this record are about the times I had playing with a band.

Q: Who are your influences?
I’ve always been influenced by bands like Mogwai, The Microphones/Mount Eerie, Smashing Pumpkins and Interpol. For my new record I was starting to get into more psychedelic music since that is what everyone else in Psychic Fair was listening to at the time. The old influences are still there, but psych music like Thee Oh Sees, Ty Segall, and Hendrix played a larger role in influencing the sound of Ephemeral.

Q. How do you feel playing live?
It is a very scary thing for me. A lot of my recordings are improvised and I am solo so it’s hard to be able to recreate the songs live. At this point I’ve not played live as Starnoise, but it’s something that is in the works. With my old band, Psychic Fair, it was a lot less stressful because you have three other people for support, but there is always a bit of stage fright. There is usually a point for me in the set where I go from being nervous to really having fun and enjoying myself.

Q. How do you describe Starnoise sounds?
I have lot of post punk and shoegaze influence in my sound. With my new album I was going for a straight psychedelic sound, but I would always get feedback from people describing the songs as shoegaze, so I guess it’s inescapable for me.

I am working on some new material that I’ve been describing as Zengazer. It’s sort of a mix of trippy meditative sounds with really lush ethereal textures played entirely with an electric ukulele. We will see if it catches on hahaha.


Q: Tell us about the process of recording the album?
I would come home every day from work last summer, jam out on my guitar while drinking this dirt cheap apple flavored beer. After a while it makes you sick, I think that was integral to the sound of my album. Some of the recordings weren’t very good so I wasn’t going to use them, but then I reversed the tracks and it completely worked so they ended up being used on the album in a new form.

Q. Which new bands do you recommend?
Of course I have to shout out all of my friends in Brazil with Honey Bomb Records… Catavento, My Magical Glowing Lens, and Descartes. Also my bro in LA, No Pillow For Sobaka.

Q: Which bands would you love to make a cover version of?
Recently I’ve wanted to put together a collaborative cover album of Pavement – Crooked Rain, Crooked Rain. I don’t know if I could find enough people to do it, but it would be amazing if it happened.

Q: What are your plans for the future?
I do a bit of web design and I’ve come up with a text based website for my music. I want to release some music through this kind of interactive game on the site. I have the whole thing coded already, all that is left is to record the music. I’m also in the middle of creating a set to play live and maybe getting a live band together. I have some songs ready for my release I’m calling “ZENGAZER” that I will try to put out maybe after the vinyl for Ephemeral comes out. Look out for that vinyl soon, it should be nice.

Q: Any parting words?
Shoegaze makes me feel some type of way.
*
*
*
Thanks