Thanks God For Mental Illnes with The Spunloves - An Interview 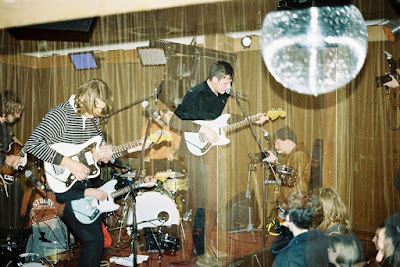 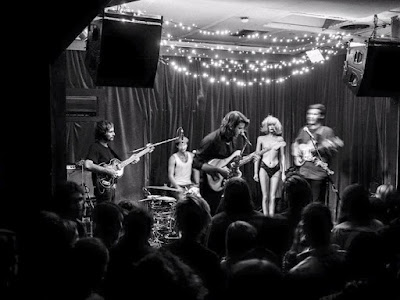 Q. When did The Spunloves start?t Tell us about the history...
David: The Spunloves started when Jordan and I began to merge the songs we were writing as solo song writers. We kicked around for too long, probably a few years, being unproductive and only really sharing our music with each other. Jamming in sheds, warehouses, parks, anywhere we could delve into our songs without being too conscious of anything or anyone.

I would say The Spunloves "started" in 2014 when we recruited Sam Kuzich (The Growl, Cosmo Gets) on drums, started playing live and later got Sam Eastcott (The Wheelers of Oz) on bass. It has always felt natural to sing each others songs and expand on each other ideas, while Jordan or I still write the core of the song, recently it's been more collaborative. Q: Who are your influences?

David: Classic garage and psychedelic bands from The Gories to The Doors. Modern revivalists like The Brian Jonestown Massacre. Current legends like Ty Segall and The Allah Las.

Jordan: All of the above. We all have pretty similar tastes in terms of what we dig and what we loath. Lou Reed is a hero & Anton Newcombe is the man. People and bands that transcend their songs and develop ideals about their own music has always interested me.

Q. Make a list of 5 albuns of all time…
David: The Brian Jonestown Massacre - Take it from the man
The Velvet Underground & Nico
Ty Segall - Lemons
The Cramps - Bad music for bad people
Spacemen 3 - Taking drugs to make music to take drugs to

Jordan: Im hard pressed to answer this one. Can I say some of my favorite records?
The Brian Jonestown Massacre- Methodrone
Elliott Smith- Either/ Or
My Bloody Valentine- Loveless
Black Angels- Directions to see a Ghost
Black Lips- Let it Bloom

Q. How do you feel playing live?
Jordan: We dig it. We don’t sit at home watching the lotto waiting for a ticket out of here. We are into making it happen for ourselves. The feeling one gets when your playing songs live is unlike anything I have felt. When you write some songs, its by yourself when your feeling sad…thinking no one listens to what your saying. Then a year passes and your playing that same tune to room full of people. The contrast to the incarnation of the song, to the delivery is stark. Its always spellbinding. Catching smiles from the lads on stage when your all getting it done is magical. Its those little moments of inherent beauty that youll never forget.

David: Excited. Anxious. A strange cocktail of emotions and adrenaline.

We put a lot of our heart into our performances and have a lot fun doing it.  Some of the most fun i've had in my life is on stage with my band mates.

Q. How do you describe The Spunloves sounds?
David: Straight up and down. Simple, catchy, warm songs blurring the lines of modern garage and unpolished pop.

Jordan: I never tried to. But, if I was. It would be what david said. He knows the score.


Q: Tell us about the process of recording the songs?
Jordan: Its not so much a process, rather a series of events in which we all find time to lay it down. We have day jobs, so it makes it hard to get it done in the time frame we want. When we get down to it, its really organic and sporadic. If it feels good we do it, if we have to think too much about it we can it. If we fuck up and it’s a good take, we leave it. It’s the beautiful imperfections that are the best. Its all about transcribing the feelings of the songs into a digital format. Tape machines work best we feel.

Q. Which new bands do you recommended?
Jordan: GUNNS, Mt. Mountain, SpaceManAntics & The Wheelers of Oz. We ignore NME buzzbands the best we can.


Q: Which band would you love to made a cover version of?
David: We used to jam a cover of the classic German electronic/new-wave/trance/whatever track Suicide Commando by No More. I'd love to record that someday.

Jordan: I remember when we used to play that cover. It was always really raw and fun. Lots of screaming and dud notes, it was beautiful. Maybe we could release it as a secret track one day.

We're currently recording a Double A-side which we want to get out real soon. After that, a second EP or album. We've got a long back catalogue of songs that we haven't recorded, plus we are continually writing.

Jordan: Release as much music as we can. Press wax, make music videos, put on shows, choreograph onstage dance routines for our bass player and keeping afloat.

Q: Any parting words?
David: Help us, help you.

Jordan: We know our wrongs, we know our rights. In the end, we are all here…fighting the good fight! Thank you for your time mate. Keep well.
*
*
*
Thanks