Beyond Within with Estrella Oscura - An Interview 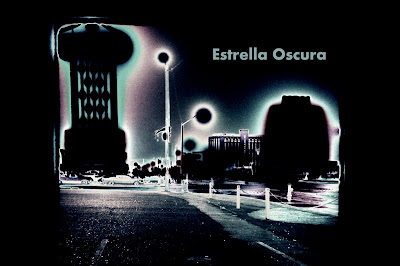 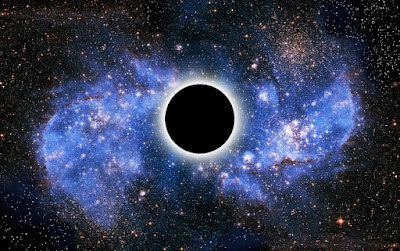 Q. When did Estrella Oscura started, tell us about the history...
1/ I started Estrella Oscura in about March this year as an outlet for songs that couldn't be used in the other project I'm involved in, The Speedwell Blue. That project tends to produce material at a slower rate, and I have itchy fingers to create & record more!

Q: Who are your influences?
2/ I have quite a mix of influences, but the main ones would probably be Syd Barrett & Dave Gilmour of Pink Floyd for the spacey but lyrical guitar playing that inspired me to pick up the guitar. John Cale's work in the Velvet Underground influenced me a lot and introduced me to drone, distortion & minimalism in a rock setting. The guitar orchestras of Glenn Branca have made an indelible mark on me (I've been lucky enough to play in three of his pieces in the past) just for the sonic chaos he can create, and the guitar layering that Neil Halstead & Christian Savill produce in Slowdive influences how I create my music to this day.

Q. Make a list of 5 albuns of all time…
3/ Very tough to choose just 5 albums but the ones I've picked resonate the most to me: The Velvet Underground - 1st album, Pink Floyd - The Piper At The Gates Of Dawn, Sonic Youth - Confusion Is Sex, Kitchens Of Distinction - The Death Of Cool, Slowdive - Souvlaki.

Q. How do you feel playing live?
4/ it's been a long time since I played live with a band so I can only tell you from past experience. I feel a part of me is attached to the sounds I create and project and although I experience the adrenaline rush of a live performance I can also feel emotionally drained at the same time.

Q. How do you describe Estrella Oscura sounds?
5/ The sound I'm trying to achieve with Estrella Oscura is as close to what I hear in my head when I write, multi layered with a drone element combined with melody, but riding a seesaw of harmony and discord, minimal and maximal all at once. It's a delicate balance but hopefully with this track and ones in the future I've managed to find that happy medium.


Q: Tell us about the process of recording the songs ?
6/ The recording process can vary depending on what mood I'm in, how I hear the music and also how much time I have to record, which can be limited! My recording set up is basic; I run all of the instruments directly into an old version of GarageBand on an even older MacBook, sometimes through external effects, but normally settle on the guitar sounds via the effects in GarageBand itself. I normally have maybe 5 or 6 guitar lines going on which I then layer to the bass. Keyboards are only used minimally as texture & any drums come via the Midi keyboard using various elements of the GarageBand kits, all played in real time. I like the tracks to sound organic and warm with little post production as most of the time a demo can sound just as good as a more professionally produced track. Even though my ears have been through hell over the years I still trust them over anything else to get the right balance and tone!

Q. Which new bands do you recommended?
7/ I only occasionally listen to new bands, but from the many, many bands out there at the moment, I've enjoyed Flyying Colours, Seasurfer, Maff, Tamaryn, Nothing & 93 Million Miles From The Sun.

Q: Which band would you love to made a cover version of?
8/ I've never enjoyed covering other bands material, as I never feel I can really do justice or improve what, to me at least, is pretty much set in stone already. I always try to live by the rule to "innovate not recreate" which sadly I don't see in a lot of the nugaze bands who seem quite happy to sound exactly like MBV without taking things further. Some time ago my old band adapted the theme music of a 60s TV show called 'Randall & Hopkirk (Deceased) as an instrumental which came out really well, and I've been wanting to adapt a classical piece, Adagio For Strings by Samuel Barber into a more gazier version so that's something for the future.

Q: What are you plans for the future?
9/ I have ideas in various stages at the moment, but ultimately I intend to have a solid selection of tracks available online which can then form the basis of an album. All time and inspiration willing!

Q: Any parting words?
10/ I'd like to thank everyone that's taken the time to listen to my music and for their support. I'm hoping to have more tracks available soon so please check the band's Facebook page for updates. All the best from me & mine to you & yours!
*
*
*
Thanks