Silver Rocket with Darklands - An Interview 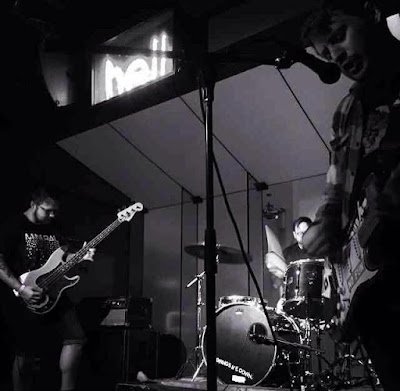 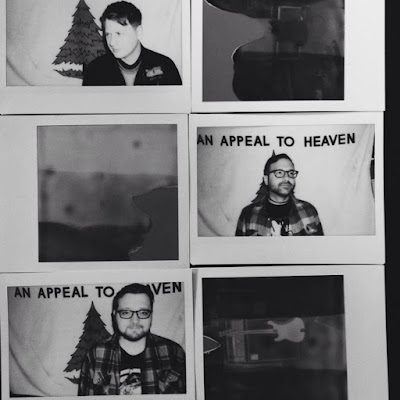 Q. When did Darklands start, tell us about the history...
Jeff and I had played before in a band called Masthead for a while. When it dissolved, I took a job that paid very well and would've provided me a multitude of benefits, yet it would've robbed me of years my free time. I quickly realized I'd rather endure years of financial instability to do the one thing I've ever actually enjoyed for as long as I can than anything else.

I had never been the sole song writer, singer or guitar player in any project I had ever been involved in, which lead to a lot of second guessing of my goals by myself and other people. The realization that expression will always be more valuable than any amount of technical prowess kept me going. Jeff and David's (and a few other good friends') abilities and patience gave me the means. Spite towards anyone who would doubt what me and this band want to accomplish gave me focus.

Q: Who are your influences?
I think each of us grew up with American independent hardcore punk, which showed us the value of personal expression on individual terms. I could've ended up a ditch digger with an opiate addiction had being in a band not been so appealing to my younger self.

In terms of song writing, I'll speak for myself and say-

Probably lots more, those are the first that come to mind.

All of these continue to reward me with every listen. There are some songs on Siamese Dream I've literally heard hundreds of times that I've yet to grow sick of. Each a creative benchmark made by people of all levels of proficiency that I'm always left wanting to steal from.

Q. How do you feel playing live?
Used to intimidate me a into bad performances on the regular. Lacked a lot of confidence which affected my voice, timing, etc. Now I'm considerably more content with my abilities, despite always wanting more out myself, so shows have been a lot more fun.

Q. How do you describe Darklands' sound?
To me, we sound like what happens when people who were born in the mid to late 80s start to outgrow the baggage that came with Hardcore Punk. That said, this is the only kid of band I've ever wanted to be in, even during the throes of my angry teenage years.

I guess sonically that translates to 90s aesthetics as played by inept punks.


Q: Tell us about the process of recording the songs.
This new tape coming out was recorded by our good friend Trevor Vaghaun (The Rival Mob, Soul Control, Barnswallow, Sweet Jesus, a million others..He's the Steve Albini of Southern New England). Unlike the last EP we did, this will be a lot closer to how we sound in a live setting, which is what we wanted for these songs. Most of them were written over the past few months, which felt like one extended personal nightmare, so the more intimate the better.

Q: Which band would you love to cover?
This comes up fairly often, lack of talent on my end limits our options a bit. We've done an entire New Order set which was a lot of fun. I like when bands do covers that they can really contort to their own style. Maybe a Depeche Mode or Echo and the Bunnymen song in the future.

Q: What´s the plan for the future....
Planning a short, East Coast US tour for September/October with a few friends. We're aiming to play a few dates in Mexico next February/March if all goes to plan.

Q: Any parting words?
Thank you very much for taking an interest in us, hopefully I was able to provide what you were looking for. See you soon.
*
*
*
Thanks