Heart Glow with Veil - An Interview 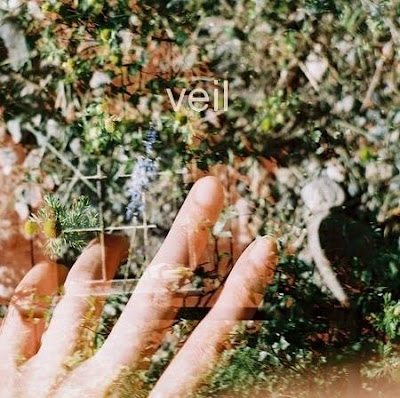 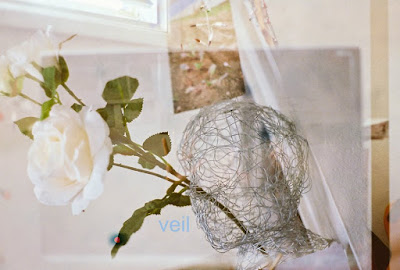 Q. When did Veil start, tell us about the history...
I started veil around December 2014. I had been writing songs off and on as vulcanobaby for a while, mostly using my midi keyboard and samples. I felt that it was time to try to finish something I could put out as a whole, something satisfying to myself as an artist. I was drawn to learning more about guitar and incorporating that into my song writing. So a little over a year ago, I bought a guitar and I started feeling more confident about writing songs over the last summer in a short lived band I was a part of called self defense. Even though we only finished two songs, it really sparked something to where I was like, okay I want to release something that is cohesive and that I can wrap a beautiful story around. I started dreaming about the kind of imagery the sounds would invoke, what kind of world veil would be. And it is all so new still, so I am still forming what veil is about.

Q: Who are your influences?
I have so many, some that are more prevalent through veil and some not as much. Kate Bush, Broadcast, The Pixies, Molly Nilsson, Deerhunter, France Gall, The Knife, Animal Collective, My Bloody Valentine, The Pastels, Strawberry Switchblade, Radiohead, The Smiths, M.I.A., Bjork, Beach House, Siouxsie and the Banshees, The Velvet Underground, Of Montreal, Little Dragon, Nico, Daniel Johnston, The Breeders, The Vaselines, John Maus, Rene Magritte, Mark Rothko, just to name a few Emoticon wink

Q. Make a list of 5 albums of all time…
This is really hard so I’m just going to pick 5 off the top of my head in no particular order:

Q. How do you feel playing live?
I have actually never played live yet. It is something that is a bit frightening for me, because I feel song writing is very personal, and to display those tender parts in front of people is very baring. I am trying to get over that however. I really believe art should be shared, it’s not only therapeutic for the self, and ultimately crucial for me to survive emotionally, but it’s also therapeutic for others. I’ve listened to so much, taken in so much art from other people that have helped me get through the worst times in my life and the best times. I am so thankful that they made the time to release their work and make it available in some way. I’ve had some of the most beautiful experiences going to live shows as well. And as someone who is very thankful but incredibly shy and introverted, it’s worth it to me to overcome those feelings to spread something that maybe someone can relate to. It’s about giving back in a way, and so I feel like once I finish a couple more songs and release a video, I am going to start playing live and I’ll take the plunge. I want to get over feeling so vulnerable.


Q. How do you describe Veil sounds?
Flowers for eyes, lacey window light – that moment you wake up in a hazy morning with a warm body next to you, a sink of white carnations, mouthfuls of honey, tears in the typing pool, unrequited love, ethereal saturation, dreamy melancholy

Q: Tell us about the process of recording the songs?
I always start out with a simple drum pattern that I put together in FL Studio. Then I’ll just play guitar and sing for a while, and if there is anything that I feel very connected to I’ll plug in to my pedal and record straight in to FL Studio through my audio interface. I’ll also record some rough vocals if I have found something that I like while I’m playing. Sometimes it comes very easily, other times it’ll strike me when I’m going on a walk or driving around in my car, and I’ll have to make a little singing memo to build off of later. That is usually how every song starts out for veil, and later I like to alter the drum pattern a bit, and add bass. I always look forward adding bass, it’s something that is so fun to me, and it’s really crucial and transformative to a song, I always like what I’m doing 10x more after I hear it with bass. After adding some other elements (depending on the song I might record some synth parts in Reason) I usually rerecord my vocals. Throughout this whole process I tweak things in FL Studio, just mixing as I go along. As far as writing lyrics, it’s something that either usually just happens as I’m singing (I’ll write them down soon after), or I’ll pull from poetry. It’s very stream of conscious. I never set out and think, “…this song is going to be about this.” It’s a very revealing process, emotions and experience just shoot out and in those moments I know what is being expelled, sometimes even more so after the fact, like when I’m going over the song later. It’s very cathartic, and I’ve found that forcing lyrics, or starting out with an idea before a song is written really messes me up and I don’t feel as close to a song. Words are very important to me, but so is the rhythm of a string of words, how the consonants and vowels flow together, and how words fill up a space. Things seem to fall into place for me in those ways more so when I am just channeling a feeling. It’s art literally blipping into existence, it’s the moment the sparks arrive in the dark, so I just go with it and try to harness those sporadic special moments.

Q. Which new bands do you recommended?:
These aren’t new bands, but they are fairly new to me in context to other music that I’ve listened to for quite some time: Lower Dens, Tamaryn, Connan Mockasin, Blood Orange

Q: Which band would you love to make a cover version of?
I’ve always wanted to cover Charlotte Sometimes by The Cure, End Of The World by Skeeter Davis, and Doll Parts by Hole

Q: What´s the plans for future...
I am making a music video right now, so that’s the immediate future. I am also going to be releasing a book of EP artwork, because I am really into photography and I love taking double exposures on film. Basically it’ll be a book with really high quality prints of the photographs, with the song titles and lyrics for each song. I would like to have my EP released on vinyl as well, and I’d like to play my first show before the end of the summer. I would also like to venture out from Alaska, and just create create create, and see where life takes me. I want to be in love, I want to start living the life I’ve always dreamed of.

Q: Any parting words?
Things can be wintry sometimes, just always love yourself. At the bottom of each pit there is always a way out, a hand above – thanks to everyone who has taken the time to listen to what I do, I am listening too.
*
*
*
Thanks