Forged Prescriptions with 10000 Russos - An Interview 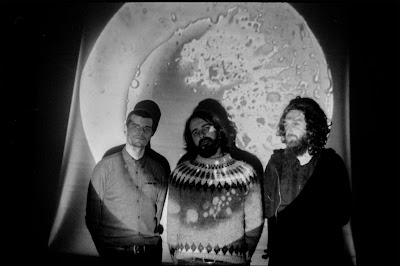 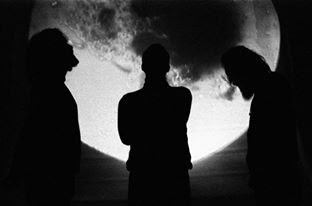 Q. When did 10000 Russos started, tell us about the history...
Joao Pimenta – Started by the end of 2012, released a four track tape in 2013, played all over the country and in 2014 we recorded the album which was released May 20th via Fuzz Club Records.

Pedro Pestana - João and I started the band and André joined in '14. We had been exploring chaotic and repetitive soundscapes for some time. Adding the bass to the equation took us to other territories waiting to be deconstructed.

André Couto - We are three very different fellows. We've all had our experiences before. At some point we met, and it all made sense, we were looking for the same things, so we started building this new journey together.

Q: Who are your influences?
Joao Pimenta – Bands, writers and artists who were never aligned with anything and created a world of their own. NEU!, The Fall, Toulouse-Lautrec, Kubrick or Eça de Queirós. That influenced me to create a world of our own with my bandmates.

André Couto - There are two people who helped me building my path, my best friend Ruca, with whom I started making music 25 years ago (yes, 25 years ago), and forged my musical consciousness, and my dearest friend Sério Fernandes, film maker, painter, poet - a total artist, who taught me everything about merging art with life.

Q. How do you feel playing live?
Joao Pimenta – i feel i can distance myself from all the crap i got to deal everyday. I feel free


Q. How do you describe 10000 Russos sounds?
Joao Pimenta – Imagine a rock n roll band. Then throw all the riffs, chorus and solos into the garbage bin. Its a bit difficult to tell how we sound, though. We like to work with sound waves, the idea of repetition to click into a trance and having a sense of deconstruction.

Pedro Pestana - Sounds like three thirty-year-olds playing what they feel like. The result is open to interpretation.

Q: Tell us about the process of recording the album?
Joao Pimenta – we recorded in HertzControl Studio with our beloved friend and sound tech, Marco Lima. Then Pedro Pestana (guitarrist) with the input of the other 2 band members mixed the record in his house for some months, cause we like to pay attention to the details. The record was then mastered by Brett Orrison in Austin, Texas.

Pedro Pestana - We recorded it in two sessions. The bulk of the album was recorded in the first one, early '14. We mixed it and right on the week before we were going to send it to the vinyl factory ourselves, Fuzz Club approached us. Terrific timing, I must say. We ended up making another session for the album where Barreiro came out. Most of it was recorded live with no overdubs, like UsVsUs, Baden Baden Baden, Kalumet and a few out takes of other songs. Karl Burns was the only one to be recorded separately. In Barreiro, the drums and the bass were laid down first and then the guitar layers. Loved recording guitars without playing any string on this one. Stakhanovets was recorded live and we added a lot of feedbacks on top. As far as the mixing goes, we definitely wanted to make it sound distant from a live sound and distant from the last release. Marco's recording was flawless, there was a lot of room to manouver. There is a live feeling to the playing but the dubby approach to some tracks gives it a certain sense of displacement. Afterwards Brett's mastering "really tied the room together".

André Couto - After a couple of months playing together we decided to go to the studio. It was easy and natural, since we've recorded it as if we were playing live. Of course we did our studio magic afterwards, as Pedro said, but it is mainly a live record.

Q: Which band would you love to made a cover version of?
10000 Russos - nobody 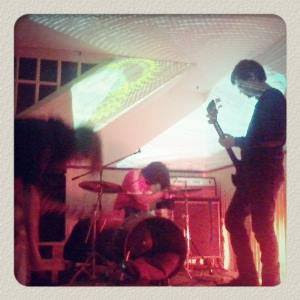 Pedro Pestana - We'll play in Reverence Valada this year again. We got signed last year there so it feels great to be back!

André Couto - We have some new stuff we are working at. The plan is to keep doing it.

Q: Any parting words?
10000 Russos - Buy music from the bands you love! Support the artists so they can continue to make even better music!

Live long and prosper!Thank you!
*
*
*
Thanks