Touch Me with Drainflower - An Interview 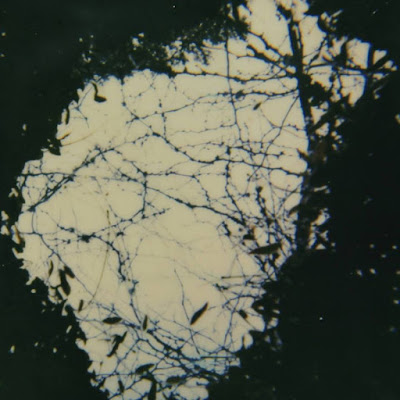 
Q. When did Drainflower begin? Tell us about the history...
Jerico: Cam and I met in 2011. We started playing music and he introduced me to Stu shortly after that. At some point we formed the band "The Wash". We played for awhile but never really took the next step. Eventually, the band broke up. Our lives went in all different directions up until recently. We reconnected and decided to form a new band from the ashes of the old one.

Q: Who are your influences?
Jerico: Doo wop, 60's pop, Shoegaze, and many other types of music had an influence on us and our music. There is too much to name names though.

Stuart: Not to go into specific artists, but genre-wise all of our influences vary widely. From electronic, dark-industrial, and 90's dance pop. If we think it sounds good, we'll bring elements of it into our music.

Q. Make a list of 5 albums of all time…
Jerico: I think I speak for all of us when I say that this question is too difficult to answer.

Q. How do you feel playing live?
Jerico: Personally, it is one of the most invigorating experiences I am able to have. Playing something that came from your mind for strangers, especially if they react positively, taps into a type of satisfaction that I do not achieve with any other activity.

Stuart: Gives me a rush!

Q. How do you describe Drainflower´s sounds?
Jerico: When I hear it, I hear late 50's and early 60's melodies. Pretty songs, but made more textural by dipping them in various pools of fuzz. I definitely don't want to give the impression that we are a "fuzz" focused band though. It fit the songs of this EP. It is still unknown whether or not it will fit the next batch.

Q: Tell us about the process of recording the songs ?
Cam: The process resembled ripping off a Band-Aid. We spent a couple of days recording and mixing at our studio in West Vancouver called Idle Sound. We recorded the tracks live off-the-floor with a minimal microphone set up. We didn't want to sit with the songs for too long and become too attached, as that's always been an issue for us. We had the mixes done by the second night. The mixes were briefly mastered and released, only hours after being recorded.

Q. Which new bands do you recommend?
Jerico: Hot Cuppa is really good. I watched a band called Porteau play the other night as well; the singer had a beautiful voice.

Q: Which band would you love to made a cover version of?
Jerico: I have a deep fondness for 90's Eurodance. Probably "Runaway" by "The Real Mccoy".

Q: What are your plans for the future?
Jerico: I would like to continue putting all of my focus into the band. Gig lots and write more. There are Drainflower releases on the horizon for sure, so keep your eyes peeled.

Cam: We also have plans for a physical release of our EP very soon.

Q: Any parting words?
Jerico: Thanks for reaching out to us. We appreciate it.
*
*
*
Thanks