9geese with Gentle Lime - An Interview 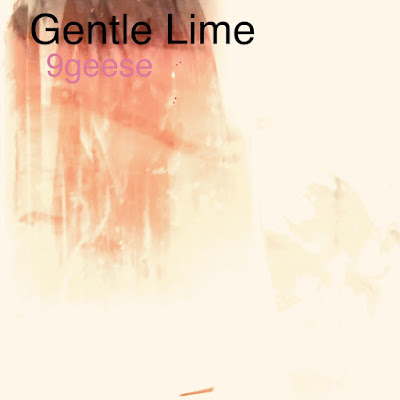 
Q. When did Gentle Lime begin? Tell us about the history...
1. Gentle Lime was a quick project we threw together in 1991. Brian, Mark and Mike were in Witch Hazel (later The Witch Hazel Sound) and we (Brian and Bob) had been making music together from a fairly young age- playing Devo covers, writing weird, minor-key songs on our hillbilly grandparent’s electric organ and eventually starting numerous bands and music projects together. Our memory is that we wrote and rehearsed the songs in one afternoon and then booked some studio time the next weekend. The studio session was quick and easy, no-nonsense and recorded live in an evening. We all really understood each other musically and liked each other personally so we just poured the music out onto tape together.

The tape was then shelved for decades, but really just stuck in our minds; these were songs we knew we would release at some point. The four of us had an amazing chemistry together but with everything else going on in our lives (Mike and Mark continuing in Witch Hazel, Bob and Brian starting numerous other bands/music projects, families, jobs, etc.) we never got back together. It’s really cool that the songs are catching some attention.

Q: Who are your influences?
2. Growing up in Ohio, we all were heavily influenced by Devo and Pere Ubu. Some other bands would definitely be REM, Slowdive, Felt, The Fall....

Q. Make a list of 5 albuns of all time…
3. We have lost touch with the other two, so we’ll say our top 5 albums would be:
The Wonderful and Frightening World of the Fall by The Fall,
Life’s Rich Pageant by REM,
Cheap Trick by Cheap Trick,
Autobahn by Kraftwerk
and Loveless by My Bloody Valentine.

Q. How do you feel playing live?
4. Gentle Lime never played live. For us though, in our other bands, playing live has always been a powerful thing. We are always awestruck by it.

Q. Which new bands do you recommend?
5. There is so much phenomenal new music out there right now. JJUUJJUU, Carlton Melton, The Stargazer Lilies, Noyades, Lorelle Meets the Obsolete and Pure X are bands we are currently into.

Q: Which band would you love to made a cover version of?
6. The new Mercury Rev cover of Bobby Gentry’s album The Delta Sweetie is a work of art. We would love to cover anything by Felt. Lawrence is a genius.

Q: What are your plans for the future?
7. We are trying to find Mike and Mark and would love to make more music as Gentle Lime. Otherwise, we are continuing to release music as Whistle Mix, Lights and Melodies and The Keys of Bontempi. You can hear hints of Lime in those bands.