Seasons with otom - An Interview 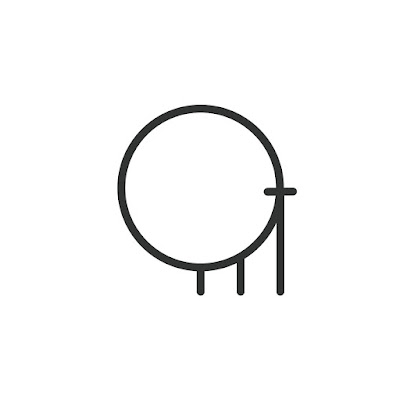 
Q. When did Otom begin? Tell us about the history…
The history of my music began in childhood around the mid '80s. In around 10 years old, I played many soundtracks and The Beatles songs by ear on a recorder. It was a funny kid. But hey are also very important elements for me now. Then I began to playing the guitar since I was 14 years old.
And then soon, I started making original songs like about Led Zeppelin, Pink Floyd and style of '70s progressive rock for my bands. I met shoegaze sound around 18 years old and also I listened into post rock about 4AD, Thrill Jockey Records, Drag City in late '90s especially Flying Saucer Attack was very shocked for me, of course MBV, Slowdive opend my eyes too. After that, I knew Fennesz and many electronica artists, there made me expanded range of style and I maked the first album "November Morning" in 2004. Then I keep to release works mainly on the Internet and I releasing many singles, at the first from "New Life" in 2015. I interpreted “All Tomorrow's Parties” by The Velvet Underground like this "You Lost Me" is the latest song released in 2019.


Q: Who are your influences?
I can't narrow down, for example...
MBV and shoegaze sounds are most favorite And Brian Wilson, John Cale, Ennio Morricone, Phil Spector...I am Influence strong by composer types like them, I think maybe. More important is beautiful chorus work like about Simon & Garfunkel. Also an approach like Fennesz, Oval, Arca and many electronica artists give me a lot of things. Besides this, Classic, Jazz and many genres Influenced me.

Q. How do you feel playing live?
I'm a completely bedside musician and I have not played live for a long time. But I'd like to do a live performance soon. It's so difficult that a band style, maybe.
Q. How do you describe Otom´s sounds?
Shoegaze? Dream Pop? ...I can't find fit words. But I'm always keep to make that feel like floating, fluttering, softly and clarity sound. I want to make “wall of sounds” with layered vocals and many ensembles, it's not only just guitar. I think that such feeling is so close.

Q: Tell us about the process of recording the songs ?
At the first, I always start with choosing from over 1000 demo tracks that I have stocked in the past 20 years. Then I built up original effects and tone with Max patches and many things and then I’ve been recording songs with guitar, voices and many instruments to Logic and Digital Performer. It takes a lot of time, because I’m making tracks by alone in my room.

Q: Which band would you love to made a cover version of?
I always think to want to cover Leonard Cohen, Roy Harper, The Beach Boys, S&G and also beautiful melody songs…

Q: What are your plans for the future?
I wish to build shanty in the forest by DIY, and I play music there.…Anyway I keep to release a single and I want to complete a simple and rough album feel like a “G. I. Gurdjieff Improvisations”.

Q: Any parting words?
I want 72 hours a day for composition. Anyways thank for contact me, Renato. Your question had many discoveries for me.
*
*
*
Thanks