Last Ceremony with The Bradley - An Interview 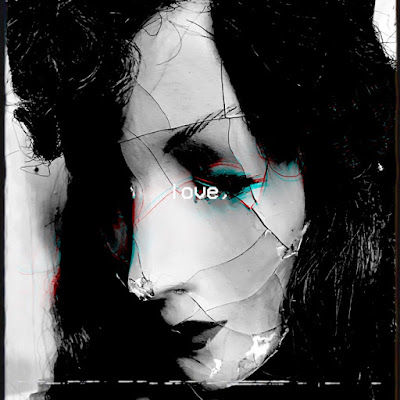 
Q. When did The Bradley begin? Tell us about the history...
The Bradley started as a project to help me deal with anxiety and depression. I had recently moved to a different state for work, leaving behind my friends and family for several years. I kept myself isolated and didn't meet many new people during my time away, and fell into an existential dread that I hadn't experienced before. I tried going to therapy but it didn't help much, so I found myself writing songs to put my thoughts into perspective, which seemed to help me cope a lot better.

Q: Who are your influences?
Right now my biggest influence is probably The Cure. Robert Smith's guitar work is something I admire greatly, and I think the way I structure my songs is similar to theirs. I've always been attracted to songs like Disintegration and Siamese Twins, where the backing parts are essentially playing the same thing throughout with Robert's vocal intensity ratcheting up to a crescendo. I love how devastating those songs are.

Q. Make a list of 5 albums of all time…
Depeche Mode - Songs of Faith and Devotion
The Cure - Wish
Weezer - Pinkerton
Drab Majesty - The Demonstration
Incubus - Make Yourself

Q. How do you feel playing live?
I haven't played a show in many years, it has probably been a decade now. I think I have everything figured out conceptually for my presentation, it's just the logistical questions that remain. It's been so long since I've played in front of anyone, I'm just getting myself used to the idea, but I am really looking forward to doing it again.

Q. How do you describe The Bradley´s sounds?
Most of my songs are pretty simple, with similar parts played from beginning to end. I'm by no means an expert musician, so I just try to come up with a catchy riff or keyboard part or melody that I can play off of. Mainly, I'm writing songs that appeal to me in some way, without much regard for if anyone will hear them, so much of the vocal takes are rough and doused in reverb. I try to capture the most sincere versions of the emotions that led me to write what I write, and I haven't felt that adding too much polish has been necessary. That being said I hope maybe I can write a couple of decent tracks that people are interested in hearing, it'd be a thrill if anyone could gain anything positive from my stuff.


Q: Tell us about the process of recording the songs ?
I have a pretty basic setup, I record directly into Garageband, and I have a couple guitars, a bass and an akai mini that I use. Typically I'll be doing something and I'll get an idea for a song, or I'll feel a certain way and want to write about it. So I'll go to the computer and start a drum track and then go from there. I usually get three songs from a couple hours of recording, which is probably why I have several short EPs rather than 2 or 3 LPs. I like to keep the songs that were written and recorded together on the same release as a reminder of what I was going through or how I was feeling at that time.

Q. Which new bands do you recommend?
Most of these are not necessarily new bands, but bands that I've been listening to a lot lately.

I've really enjoyed the new Boy Harsher album, Careful, SRSQ's debut LP and Twin Tribes’ LP. I've also been addicted to listening to Remo Drive's album Greatest Hits, and Jack Stauber's HiLo. But perhaps the most affecting and haunting band I have had on constant rotation recently is Her’s, who had a horrific tragedy befall them and are no longer with us. I would definitely suggest for anyone reading this to check out either one of their two albums. The musicianship, hooks and personality of the two members must be seen and heard, and I wish for their songs to have a lasting legacy.

Q: Which band would you love to made a cover version of?
I have released covers of Ministry's Everyday is Halloween and Weezer's You Gave Your Love To Me Softly in the past, but I've only put these out for a limited time. I'd love to cover some Cure songs, like A Letter to Elise or Apart. Peter Murphy's Cuts You Up would also be a fun choice.

Q: What are your plans for the future?
My plans for the future are to play some shows in the next year or so, and to eventually release my discography on cassette. I was very happy to be included on a compilation last year put out by a French label called Anywave, and I'd like to be able to put out more physical copies of my work as time goes on. To have my songs put on wax would also be pretty incredible.

Q: Any parting words?
Thanks for wanting to speak to me about my songs, Renato, it means a lot to have someone reach out and be kind about them.

Hopefully if anyone listens to my tracks, they can at least find one or two that they enjoy. If anyone does enjoy what they hear, I’m a bit of a social media recluse, so the best way to keep up with me is to follow my Bandcamp page. I tend to release new stuff every few weeks or so, and 99% of the time it is free. See ya down the road.
*
*
*
Thanks