Milk Bird with Wipeout - An Interview 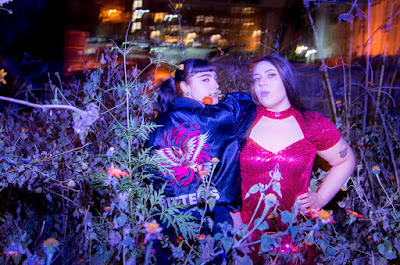 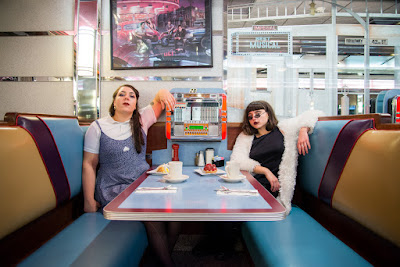 Q. When did Wipeout start? Tell us about the history...
We actually started the project for our final of our Live Electronic Music class we were both in, which was to play a 20 minute set, and we decided to keep it going from there. Kayla and I had been close friends for a while, and had always wanted to do music together, but didn't get around to it until then.

Q: Who are your influences?
For Wipeout specifically, The B-52s, Lightning Bolt, Severed Heads, Acid King, Bauhaus, Siouxsie & The Banshees, Devo, and A Place To Bury Strangers.

Q. How do you feel playing live?
"It's complicated."

Being on stage as any kind of performer I think makes you feel extremely vulnerable, since you're essentially inviting people to watch and subconsciously (or consciously) judge every movement and sound you're making. Generally speaking, I hate feeling vulnerable, but I try to pocket the uncomfortableness of that and embrace it by pulling all of my positive performance energy from that adrenaline rush. I think we're getting more and more comfortable with it moving forward, but sometimes like a Chuck E Cheese animatronic because I'm shocked that I'm actually on stage but I can still play as if I'm programmed to do it, all while having this semi-out of body experience. At the end of the day I do love it, though.

Q: Tell us about the process of recording the songs ?
We start by creating backtracks for our electronic drums, and recording each element off of that to keep time. For "Milk Bird" we recorded with our friend Alex Zhu in his studio. There's actually a lot of individual and sometimes ambient elements that go into each song, to capture that electricy-like feel of our sound, and it takes a bit of time to get those perfect.

Q: Which band would you love to made a cover version of?
We actually put out a Love and Rockets cover last Halloween, but I'd actually love to do a Tears For Fears cover.

Q: What are your plans for the future?
We'd really like to get out there and tour/play in other cities now that we've dropped our first full-length and see where that takes us.