Fall with December Flowers - An Interview 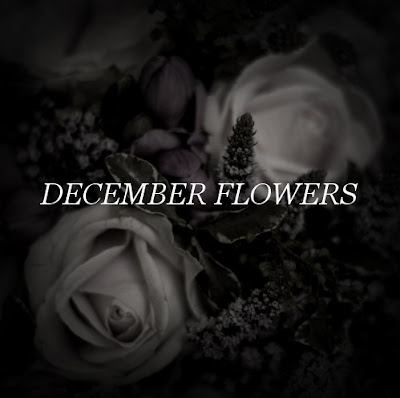 
Q. When did December Flowers start? Tell us about the history...
Me and mark both posted on gumtree I think, two years back. I was moving back to Manchester and was keen to get a band started, and Mark was moving too and had exactly the same idea. We have very similar music tastes so it was pretty easy to begin. We started looking for other members and found Amy (singer) and Paul (drummer) shortly afterward. Dexter (bassist) was the last to join, we met him at a Halloween party, we were playing some Slowdive tunes and he mentioned it was one of his favorite bands so we quickly asked him if he would like to join

Q: Who are your influences?
Slowdive and My Bloody Valentine, no surprises there... I like some of the more 90s sounding stuff too, like Chapterhouse and Adorable. Big fan of Astrobrite too. I have a lot of influences, but Slowdive is a big one for the band as a whole.

Q. Make a list of 5 albums of all time…
This is tough....this isn't definitive but will give you a picture

Q. How do you feel playing live?
As long as I am prepared for the show I usually have a good time.

Q. How do you describe December Flowers sounds?
Dreamy and loud? Check out our soundcloud https://soundcloud.com/decemberflowers

Q: Tell us about the process of recording the songs ?
Usually, Mark comes up with an idea or a full song, sometimes I do too but mostly Mark. We tweak it until it makes sense. Amy works on the lyrics by herself, we sometimes help out with melodies.

Q. Which new bands do you recommend?
I'm digging Jaguwar at the moment.

Q: Which band would you love to made a cover version of?
Id love to do a shoegaze version of Better Off Alone by Alice Deejay

Q: What are your plans for the future?
Record an E.P and keep playing shows in Manchester for the near future, who know after that.