Severance with Alpha Waves - An Interview 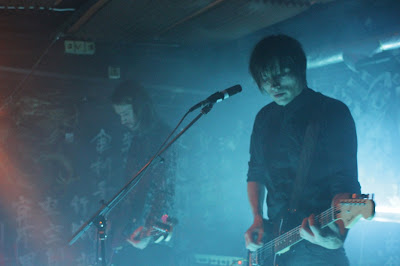 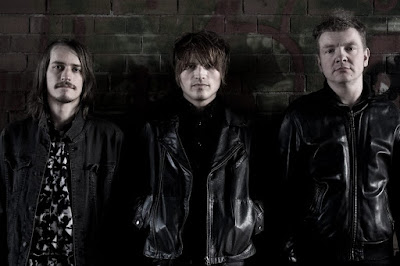 Q. When did Alpha Waves start? Tell us about the history...
Olaf (Guitar & Vocals) and me (Chris, Drums) started to write songs in February 2011, but it wasn't until July 2011 when we decided to form "a real band". In this time we met Ric, who turned out to be our lead guitarist. We needed a name and Olaf came up with the name "Alpha Waves". It sounded great, and we knew that it described our sound pretty well. Since then, we had some personnel changes in the band, as we wanted to thin out our sound, make it more rough. In December 2013 we
had to part ways with Ric because of that... we wanted to be a 3-piece band. We have had changes in the bass section, Tobsn, our new bass player is with us since August, and he is just a great musician.

Q: Who are your influences?
I would say, at the moment, we like bands that have a dark and rough wave/punk touch to it, bands like Autobahn, Shiny Darkly, Eagulls, RA and many more (I left out all the well-known genre bands, you know who they are anyway :-), recently we discovered Sextile, which I listen to daily, great album. It's really hard to make a list of bands that are responsible for our sound, it's a lot of try & error. Basically, when we hear cool music, we get inspired, we always want to take it a step further and want to form it into a signature "Alpha Waves Sound".. I know that sounds stupid, because every band wants to sound special..

Q. Make a list of 5 albums of all time…
That's a hard one. This list is in no particular order.
- A Place To Bury Strangers - Exploding Head
- Joy Division - Unknown Pleasures
- Black Rebel Motorcycle Club - Take Them On, On Your Own
- Wipers - Is This Real?
- Interpol - Turn On the Bright Lights

Q. How do you feel playing live?
We always love to play live, of course, especially if there is a good monitor sound. But we try not to be too nerdy about that. When we play live, we want to create a world that the audience can merge into. For example we have blue sprayed neon lights from a DIY store, we put them on stage, no other light, just the cold blue light, also we have ambient videos of industrial scenery, we really want to
make these visuals underline the minimalistic approach and our rough sounds. We got a lot of positive feedback for our gigs, so we must be doing something right (laughs)


Q. How do you describe Alpha Waves sounds?
When we started we were a bit more 'psychedelic' than today, we tried to move away from that a bit, because we noticed that some day, we couldn't put new ideas to that sound, there wasn't enough room for what we wanted to do.. also we liked the rough cutting edge of a distorted bass with that twangy sound, and you just can't do that with too much psychedelic ambience... So we worked almost a year to get that bass sound we have now.. we experimented a lot with effects, we recorded it, dismissed it again, same goes for the guitar sound. We try to sound very minimalistic musically, on the other hand, have a wide range of effects... combine instruments, that you don't hear so often. For example Olaf plays two small amps instead of one big amp, or concerning drums: if you listen to "Machines" you hear a metal crasher which I really like, it sounds really harsh, unforgiving, but it really

Q: Tell us about the process of recording the songs ?
When we record, we convert our rehearsing space to a studio. We have built walls to separate the amps and drums, we do it all on our own, we taught ourselves how to record, we bought equipment, so we are pretty much independent and don't need to worry about studio time. This is very important to us, recording takes a long time for us, some of the songs from our new album Severance were written while recording. Some of the stuff we record never makes it onto a record, sometimes a song takes some time to grow, or to... you know.. be shit. (laughs). For mixing and mastering we have a friend, who did a great job with the new record, we really wanted to step away from the big production, we wanted to have some sort of minimalistic sound, that doesn't overload your ears after 2 times listening to it..

Q. Which new bands do you recommend?
We really like RA, they are friends of us from Malmö/Sweden, their debut album is called Scandinavia and it's great! Other new bands include (as mentioned earlier) Sextile, Autobahn.. there is a band from Denmark, called Ocean View, they made a great EP, just look for them on bandcamp. There is a band from Berlin called Diät, they are 90% punk 10% wave, their album is also really cool. 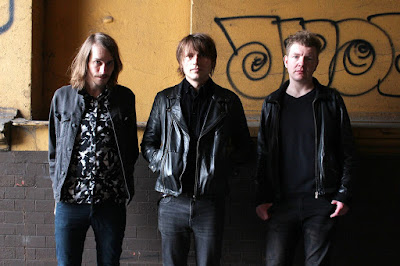 Q: Which band would you love to make a cover version of?
Chris: I think I would like to cover Johnny Cash's "Man In Black", it's just a powerful song, and it would be very cool to make an Alpha Waves version of it. Although we never covered a song, and it's currently not in our plans at all, since we are working on new material at the moment, but who knows. Never say never.

Q: What are your plans for the future?
We try to play in as many different places as possible. We are really looking forward to play at Astral Elevator's Rising Festival in Manchester, which takes place in June. We try too add some more gigs to that to make a mini UK tour. We also try to add France and Austria to the list of countries we played live. Regarding studio time: We currently write new songs which we plan to record in late August, if that goes as planned, we will release a new record in early 2017.

Q: Any parting words?
There is a lot of music out there you have never heard of. Go, create yourselves bandcamp.com accounts and start exploring!
*
*
*
Thanks