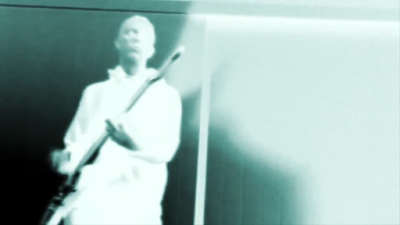 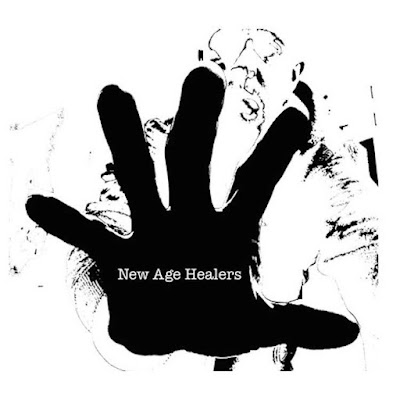 Q. When did New Age Healers start? Tell us about the history...
NAH: Late 2015. A few things came together to kick this project off:
1- Time: my work is seasonal and so I had a few months to solely focus on this. Also, listening to Seattle station KEXP was massively inspiring as they presented new, twisted pop music that blew my
head off. They truly rekindled my love of new music.

2-I had been talking songwriting with a pal, famous pop-punk singer who favors standard song structures, and I decided to follow his blueprint for songwriting. It worked, the songs sounded really good and thus inspired me to write, and write and write.
3 - Sound: The sound of my voice was so different than anything I had ever done before so I got swept up in it. Plus, GarageBand is incredible in terms of the toys one has to twist pop songs into something new and hopefully different.

Tell us about the history...
NAH: I was in post-punk/noise bands back in the day and had not touched an instrument in 15-years. By following my pals blueprint, and most importantly singing instead of screaming, I was able to create stronger melodies than I ever had in the past. This hooked me.

Q: Who are your influences?
NAH: that's a long list. When you listen to the album, clearly one can hear The Jesus and Mary Chain, but that's purely coincidental as I admire their originality but was never really into them. I'm more of a Love and Rockets guy also enamored with artists like Gary Numan, My Bloody Valentine, NoMeansNo, Screeching Weasel, Arcwelder, John Lydon, Big Star, Death Cab for Cutie, etc.

Q. Make a list of 5 albums of all time:
NAH: I'm not really someone who likes entire albums, so instead, here's 5-songs I have always, and will always, love:
The Clash - This is radio clash
My Bloody Valentine - Soon
DCFC - Soul Meets Body
The Beatles - Tomorrow Never Knows
Big Star - Thirteen

Q. How do you feel playing live?
Well, touring alongside Steel Pole Bathtub 20+ years ago was amazing while playing in front of tens of people in other bands sucked. I am now slowly putting a band together with some great, fairly well know musicians. We’ll play out 2-3 times a year at most. The criteria for each member is they have to have “the look,” “chops” and a winning attitude to “make it.” I kid. Talented, no drama folks who are fun to spend time with.


Q. How do you describe New Age Healers sounds?
I suppose an updated mix of shoegaze, Britpop and post-punk, but fuck if I know. You tell me.

Q: Tell us about the process of recording the songs ?
NAH: Alone in my house. I played all the instruments (guitar/bass/keys/singing) except I used a drum program as I didn't want to torture my elderly neighbors by banging on my old Rogers jazz kit.

Q. Which new bands do you recommend?
NAH: So much great, new stuff! First and foremost, I LOVE Sam Simikoff’s (Le Loup) new stuff, called Primitive. You can find it on Soundcloud. I also love Best Coast, Deerhunter, First Aid Kit, Fleet Foxes, Band of Horses, Metric, Goodbye Heart and the new Lush song Out of Control is fantastic.

Q: Which band would you love to made a cover version of?
NAH: Devo, Uncontrollable Urge.

Q: What are your plans for the future?
NAH: Getting my pals involved in this project. I'm working on a new song write now with Dave Klein (Screeching Weasel/Black Flag/They Stay Dead) and Mike Hoffman (The Styrenes/The Wobblies/Year of Dragon). This excites me as they are both incredible people and amazing artists.

Q: Any parting words?
Thank you for taking time to listen. Oh, and tell everyone to go to https://newagehealers.bandcamp.com/releases and buy this sucker. I think it's great and hope you do, too.
*
*
*
Thanks