Black Mettalic with Floorian - An Interivew 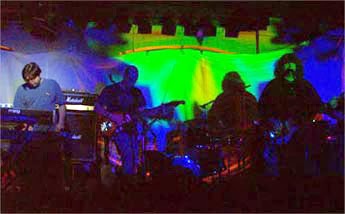 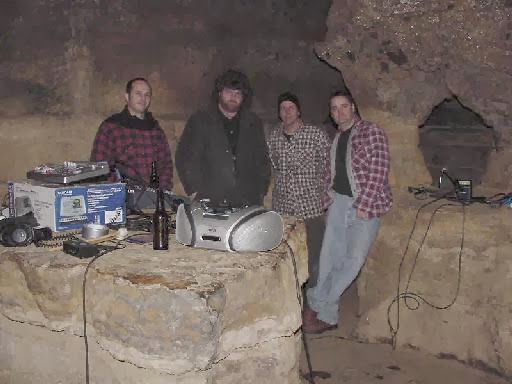 Q. Made a list of 5 albuns of all time…
The Beatles -- Revolver
Pink Floyd -- The Piper At The Gates Of Dawn
Opal -- Happy Nightmare Baby
Sun Dial -- Other Way Out
Catherine Wheel -- Ferment
The Brian Jonestown Massacre -- Give It Back! 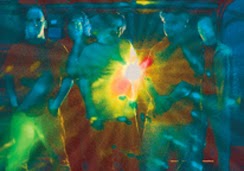 Q. How do you fell playing alive?
Playing shows is what makes it all worthwhile. We have our own projector, and there's nothing better than firing up some trippy visuals, cranking up the amps and freaking people out! It's totally cathartic. It gets tougher after each album to come up with a new set, when older favorites get bumped to make room for new songs, but we always try to feature a wide variety of styles and sounds, with stuff from each of our albums. Our most recent set includes: Sine Qua Non How Far, How Fast Symptoms Alone Heavium The Lower Room Daze Aether Spill We wish we were able to play more shows, but we all have careers with day jobs, families and other interests... so we do our best with the time we have. We're not able to hit the road for a month or more, but we try to hook up with like-minded bands and do as much regional touring as possible, basically anywhere within a 12-hour drive. We were lucky to join up with the Brian Jonestown Massacre for a week-long string of shows on their 2010 tour... those guys were awesome, what an amazing trip! We also enjoyed a rapturous tour of the west coast for a week in May 2012, and last year we played in Chicago and the magnificent Bathysphere Festival in Minneapolis during the July 4th weekend. We're still dreaming of doing a week in Europe someday... tomorrow never knows!

Q. How do you describe Floorian sounds?

Various combinations of dark, spacey, melodic, hypnotic, heavy, trippy, atmospheric, noisey, droney, gloomy and groovy... all channeled through vintage gear. Or, as a fan said after one of our shows long ago, "elegant, yet... threatening."

Q: Tell us about the process of recording the songs ?
Our mantra for writing and recording has always been "every song is a new adventure". We have no set way of writing and recording, we're always looking for new ways to approach the process. Our earliest songs in the late '90s were recorded at Diamond Mine Studio here in Columbus, but shortly thereafter we got ProTools and have been DIY ever since. We've done everything from loosely structured, largely improvised live recordings with no overdubs, to meticulously crafted compositions recorded piece-by-piece. We recorded "Aether Spill" live in a cave at Olentangy Indian Caverns on a Tascam digital 8-track and finished it in ProTools. The "untitled instrumental" piece posted on youtube was a live improvisation recorded in a basement with a Zoom H2 portable digital recorder. We don't have the luxury of being able to record drums and loud guitars at our home studio, but with an IMac and ProTools, we're totally mobile and able to record things at a variety of places, as the track listing notes on our website can attest. The best thing about doing everything ourselves is the freedom we're afforded to get exactly what we want, without the time restrictions of a studio... which can also be the worst thing, because sometimes it takes forever to get things done!

Q. Which new bands do you recommended?
Some of our favorite bands from the past few years include Quest For Fire (sadly, they broke up last year), Nordic Nomadic (solo project from Chad Ross of Quest For Fire... brilliant psych folk!), Ty Segall, Sleepy Sun, Lorelle Meets The Obsolete, Chatham Rise, and Christian Bland & The Revelators, to name a few. 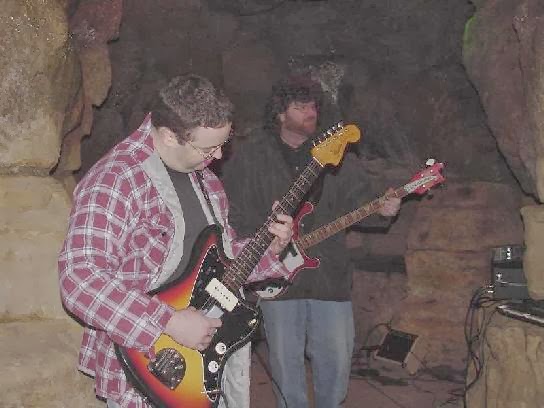 Q: Which bands you love to made a cover version?
We've actually recorded a few covers over the years. The first was for a Brian Jonestown Massacre tribute album back in 2002 which never saw the light of day. It was a mash-up of 3 BJM tunes called "In Around Who", and you can download it on our website. We also covered "Vegetable Man", Syd Barrett's swan song with Pink Floyd, as part of The Vegetable Man Project on the Italian label Oggetti Volanti back in 2004. The last one we did was "Sway", for a Spiritualized tribute album that also fell through. More information on these can be found on our website. We also played a few covers in our earliest shows, mainly because we didn't have enough originals yet! The songs we played were "The Inner Light" by The Beatles, "No Good Trying" by Syd Barrett, and "No Shine For The Shoes" by Plasticland. Ahh, yes... the good old daze!

Q: What´s the plans for future....
We're in the midst of recording our fourth album, and we're planning to play some select shows throughout the year.

Q: Any parting words?
Thank you so much for your interest in Floorian! We're always blown away when we discover how many fans we have around the globe. Keep on keepin' on!
*
*
*
Thanks