Rapture with The Ocean Boy - An Interview 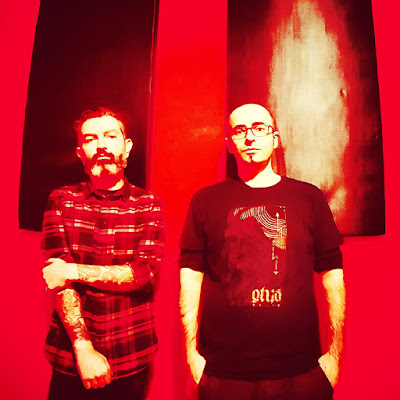 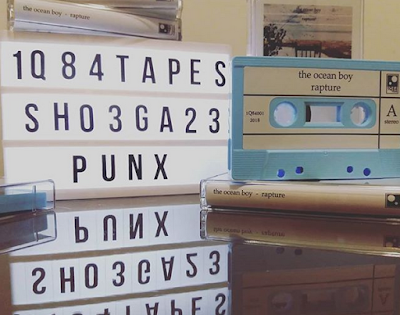 Q. When did The Ocean Boy begin? Tell us about the history...
My roots are in the metal and punk scene, even if I always loved The Smiths and 80's new wave since childhood.

At the end of the 90's, After spending years touring everywhere, Diego (one of the bosses of 1Q84 tape label) called me for an indie rock/shoegaze project.

We played something like Swervedriver or Catherine Wheel, and we joined The Locust for the italian tour.

Don't remember why we splitted up, but I realized that I wanted to play this kind of music.

So I started listening to My Bloody Valentine, Slowdive , Ride and a lot of different stuff from punk... even if I continued touring and playing in that scene.

In 2008 I joined The Jersey Line , an italian indie rock band, and I definitely abandoned my old bands.

I focused myself on finding the right sounds, I sold all my guitars and amps to buy a Fender Jazzmaster, a Fender Deville amp and... a lot of pedals... ahahah.

After The Jersey Line's break up, I wanted to do something completely mine ..

One night I was totally drunk listening to "The Ocean" by Richard Hawley... the morning after I woke up and said "ok... the band's name will be The Ocean Boy".

Afterwards, there was an horrible page of my life... I suffered from depression and I had alchool and psychiatric drugs issues. My life was unmanageable and I was in the merge of dying.

However, after an year of rehab, the first thing I really wanted to do was playing again... So I recorded the first song "Scars" in 2014, playing all the instruments... it tooks 4 years to find the right people to play with...

I knew Andrea, the drummer, during the recording sessions of a side project, Cross Empire...

We spent hours talkin' about shoegaze music, and when he knew about The Ocean Boy he was really happy to help me... it was great, he's an open minded musician with a past in many shoegaze and new wave bands. He also plays with a sludge band, Otus.

The greatest thing is that he works as a sound engineer... so... bingo! In the meantime Diego and Fabio (1Q84 Tapes) proposed to me a tape version of the upcoming mini album we were working about.

We recorded "Rapture" in a very short time, as a duo (I played all the guitars, vocals and all the bass lines) and now we have found a bass player, Daniele, a long time friend.

This is the boring history of the band, ahah.

Q: Who are your influences?
Besides the most common shoegaze bands as My Bloody Valentine, Slowdive , Swervedriver and many more, I think that our sounds pays respect to Nirvana, Dinosaur Jr, Sonic Youth...

It's really hard to do a list... for example, at the end of "Dragons" you will hear a black metal blastbeat...

Everyone of us listens to a lot of different things... by the way, I think we are very similar to bands like Nothing or Whirr... all their records are great.

Q. Make a list of 5 albuns of all time…
This is the hardest question, but I try ahah:

and I forgot too many records from Cocteau Twins, Aphex Twin, Neurosis, Joy Division, The Jesus And Mary Chain, Napalm death, New order, Death In June...

Q. How do you feel playing live?
I think I played an infinity of shows... I spent an important part of my life in the van, and I know that every gig is different from others for many reasons.

I was a very shy boy, so life on the road was the only way to express myself.

However, we are working to play live as soon as possible... We finally have a line up to play some concerts .

Q. How do you describe The Ocean Boy´s sounds?
SuicideGaze.. but you can simply consider us as a Shoegaze/NuGrunge band.

Q: Tell us about the process of recording the songs ?
I was very lucky to have a drummer and a sound engineer in the same person ahah.

I am the main songwriter of all the music and lyrics... we usually start playing some easy riffs, without using pedals or effects. I think we have a Grunge approach about the songs.

When we find the right melodies and harmonies, I usually improvise some notes with a good glass of red wine... a lot of delays and reverb sounds of Rapture coming from solitary night sessions at home.

I wrote the visionary lyrics of Rapture in one day, the mini album is a concept about my experiences with psychiatric drugs and depression.

Andrea, the drummer, is really able with musical arrangements, and he suggests me good ideas... When you are a "shoegazer" and a guitarist is easy to fall in the "too much" mode... ahahah...

Concerning the recording sessions, we recorded drums in one session, one line of bass and 4 guitars... the crunch one, the fuzz one and two guitars with the "wall of pedals"...

Finally, we can consider the voice as the "wine session", ahahah.

Q. Which new bands do you recommend?
No Sun , Slow Crush , Snow in mexico ,

Q: Which band would you love to made a cover version of?
It's hard, but I think Piero Ciampi, an italian singer and poet of the 60's 70's.

Otherwise it could be cool to "destroy" a Beatles one.

Q: What are your plans for the future?
Play some gigs and record new stuff.. we are working on new songs and I hope to press something on vinyl with the ocean boy .

Q: Any parting words?
Tnx a lot for the interview, I'm honoured , not jokin'...

I also want to thank Diego and Fabio (1Q84 Tapes) for trusting in me, and Life... to gave me a second chance.