Deathlist, "A Canyon" - Track by Track 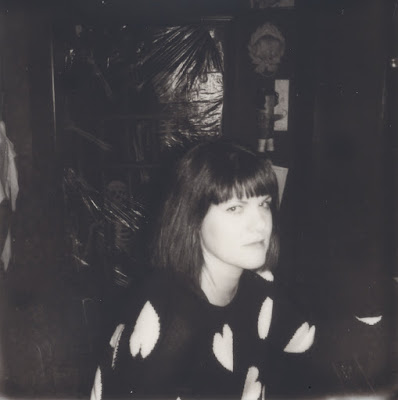 
1. I Want To
That opening riff sounds like a baritone but is actually a guitar pitch-shifted down an octave. Harrison thought it was too short - it's under 2 minutes - and kept trying to get me to make it longer. But eventually I won. That line “I wrote your name like I want to” refers to me writing my best friend’s obituary but it could also be about writing down the name of your love like you want to start over again.

2. A Canyon
We finished this song and something still felt missing so we set it to a synth loop that comes in in the intro. The ending, where it breaks into acoustic guitar, was a fragment from another song that I never finished so I stuck it here because I thought it fit with the concept - a canyon is something defined by an absence, so it's whole and empty at the same time.

3. Sandstone
I demoed this song before going in to the studio and didn’t think it was finished and almost didn’t record it. But I recorded the basic riff and then just started layering improvised guitar tracks over it, and then we added some strange harmonies in the background and a creepy melodica, and it’s now one of my favorites on the record. It didn't have a title either so I called it Sandstone - a solid thing composed of a thousand tiny pieces.

4. 8 Eyes
I had the guitar breakdown for this song written a long time ago but just couldn’t fit it into a song. Then 8 Eyes came along it just fit right in. This song is about inhabiting multiple selves and how it’s frightening to be seen as you really are. It’s not actually about spiders.

5. Dream Legs
Dream legs refers to trying to find your legs in an alternate reality - like "sea legs" but in a dream. In the last few years that I started to get this persistent sense of unreality, like "can this really be the real world?" It feels like a fucked up dream. So the song is about trying to find your way around a weird reality before you die and forget about everything you once had figured out.

6. Ocean Plastic
This one is about psychic trash that you try to throw away but keeps washing back to you and ruining everything like plastic that gets dumped in the ocean. Harrison played that gnarly guitar solo at the beginning. I wanted that instrumental guitar fadeout at the very end to make you feel like you feel when you’re watching the tide go out.

7. Seek
This song is actually from the session I spent recording my last LP, but it didn’t fit on the record and something was always not quite right with it. Like the original ending sounded like the theme from Terminator 2. But I really liked the song and wanted to fix it so a year later I changed up the drums and bass and now here it is.

8. Repeater
Here’s another song that decays into an instrumental jam at the end. It’s basically about deja vu from encountering the same person in different forms over time. But it’s also about getting fed up with losing everything and becoming self-reliant. Seek has a similar theme, like what if I can light up my own life and stop looking for someone.

9. Red Breeze
It was Harrison’s idea to add that triumphant slide guitar in the bridge, he was worried it would sound too hair metal but I love it. We also played the intro guitar backwards - it’s subtle, but I think it fits.

10. Trees
My best friend’s ashes were lost so he doesn’t have a regular grave - his name is inscribed on a plaque on an oak tree in the cemetery. I was thinking about that and about Twin Peaks when I wrote this song. Like there’s some force living in the woods and when the trees fall we’re all going to see what’s been hiding there forever.

11. Selfish
We put delay on the drums here and I was worried it sounds too much like the 1980s but I love the way it turned out. This is another song I almost didn’t record because I thought it was too simple - the whole thing is just one guitar part over and over. I thought, “this isn’t really a song.” But we messed around with some melodica and taking the bass line in and out of the verses, and it came together. It’s a love song about losing everything you love, coming back alive in the next life, and losing everything again. And it’s worth it.
*
*
*
Thanks