Self Control with The Lost End - An Interview 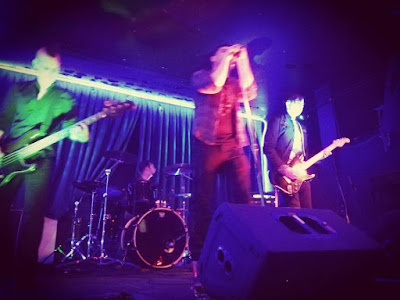 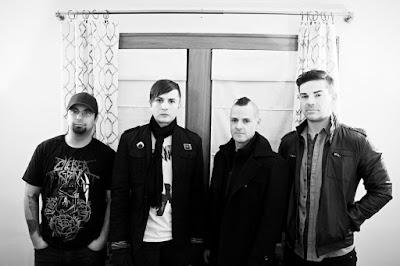 Q. When did The Lost End begin? Tell us about the history...
1) The Lost End began as a three piece in March 16’, Trevor Helm on Drums, Brian Daniel on Bass, Scott Jones on Guitar.

The three of us were previously in a band together with a different vocalist and after a brief stint he decided to leave. After his departure we decided to keep writing and continue as a new band. So we looked for a new vocalist while we worked up this new set of songs

(That would later make up our recent LP)

Fast-forward four months, Ryan Taylor responds to our ad. Impressed by his range and capabilities we invite Ryan to join the band.

Now a complete unit, we continued to work on our new set of songs. We performed the set live for the first time in February 17’

Q: Who are your influences?
2) Joy Division, Bauhaus, The Cult, Siouxsie and the Banshees

Q. Make a list of 5 albuns of all time…
3)Trevor (Drums) Koi No Yokan-Deftones

Scott (Guitar) JuJu-Siouxsie and the Banshees

We share a common love for Joy Division’s Unknown Pleasures.

Q. How do you feel playing live?
4) Performing live is where we excel as a band so its often rewarding


Q. How do you describe The Lost End´s sounds?
5) Dark, Energetic, Distorted Melodies with lots of Reverb and Delay led by driving rhythms

Q: Tell us about the process of recording the songs ?
6) Our album was recorded and mixed by Trent Bell of the Chainsaw Kittens at his studio in Norman, Oklahoma. The recording sessions began in December of 16’ and completed in June of 17’

Our process was recording all the instrumentation first then laying down the vocals.

Q: Which band would you love to made a cover version of?
8) We have not considered doing a cover at this time. What time we do get as a band we spend working on original material.

Q: What are your plans for the future?
9) We start recording our next album in April at Bell Labs. We are scheduled to perform at Norman Music Festival and have been invited to play at a couple of national festivals next year.

Q: Any parting words?
10) We would like to give a huge THANK YOU to all the radio stations, DJ’s, podcasts, blogs, (like TBTCI) webzines and independent playlists from all over the world who have included our songs on their shows and who have reviewed our album since we released it one month ago.
*
*
*
Thanks