Let You In with Sleeping in - An Interview 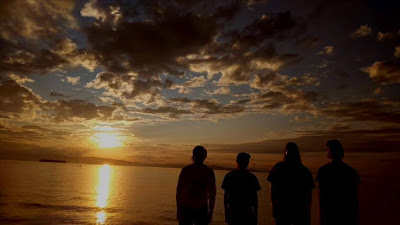 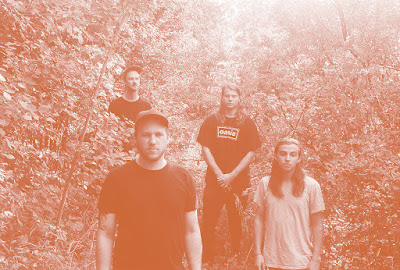 Q. When did Sleeping in begin? Tell us about the history...
Sleeping in began in summer 2014. I was working at a music store and met Jordan, we ended up talking a lot about music and jamming a bit. From there we added more members. I just moved back to Vermont at the time so I was a little disconnected from the scene. We went through a few different lineup changes before settling in how we are now.

Q: Who are your influences?
The band as a whole has a wide variety of musical interests. Jordan comes from more of a hardcore and metal background, so does JT. My early musical interests were classic rock. I was really into Pink Floyd, the Syd Barrett era along with Animals and Dark Side of the Moon. After exploring those interests more I found Dinosaur Jr, Sonic Youth, Nirvana, Beck, Smashing Pumpkins, Red House Painters, Codeine, Bedhead, My Bloody Valentine, etc. I pretty much learned guitar through playing along to Dinosaur Jr and looking through tabs.

Q. Make a list of 5 albums of all time…
I could take years to answer this question so here are each of our all time fav albums

Q. How do you feel playing live?
Real nice, love to play lock music. Kinda nervous sometimes. Sometimes I have to pee but I hold it. Never had an accident. That's it.

Q. How would you describe Sleeping in´s sounds?
We used to be real into being LOUD. We had 3 guitars at one point. That was a fun time. We've kinda moved into more of a "rock" vibe, singing more instead of mumbling, and actually listening to the sound guy.


Q: Tell us about the process of recording the songs?
'let you in' was recorded over the course of a year and a half. We recorded it at our friend Dylan Sylvester's apartment in Allston, MA. We live about 3 hours from there so it was a lot of back and forth. We also hit some pretty serious speedbumps on the way, our van got stolen while we were recording drums. (we got it back eventually) It just took a while to complete and for us to be happy with it. Now were working more locally with our past member Adam Wolinsky on recording, trying to expedite the process so we can release music at a more steady pace.

Q: Which band would you love to made a cover version of?
We did a Smashing Pumpkins cover set this past Halloween which was pretty fun, we don't ever do covers usually. Maybe The Cure or something? Not sure.

Q: What are your plans for the future?
Writing, touring, recording. Trying not to slow down and keep being productive. Life is long and there are a lot of things that can get in the way. Trying to focus on my own mental health/treating my anxiety and depression while at the same time being creative and productive and reaching my goals.