Magnificent Summers with Lubulwa - An Interview 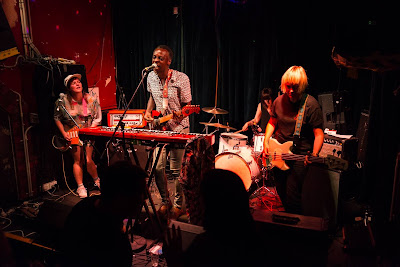 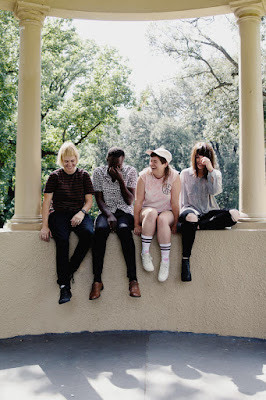 Q: When did Lubulwa Begin?
(A)Similar to the Bing Bang, Lubulwa appeared… first hydrogen and then huge stars.. lol

(M) I think it was a fairly organic creation, only a year ago since our birth!

(P) Yes, there was a call out through social media, through friends. I had some old songs which needed to get out that I had been performing solo. New songs were in the works and a band sounded like a fun idea!

(K) There have been a couple of changes of bassists over time, but we are all in similar circles of friends and click well musically, so it all works well and comes naturally when it comes to writing.

Q: Who are your influences?
(A)Beautiful post punk femme bands.

(K)I think what is magical about Lubulwa is that we all call come from various musical influences. I grew up listing to Bikini Kill, Sleater Kinney, Nirvana and a lot of Seattle scene 90’s punk.

(P)Lyrically for me there is a lot of Belle and Sebastian and The Smiths. While sonically I would say more influences through Beck, Sonic Youth and Pere Ubu.

(M)Nick Cave, Portishead and The Dirty Three have been pretty influential through a lot of my musical life, but there’s always influences popping up from the Melbourne local scene… So many of our good friend’s play in so many amazing bands that we all admire.

Q: How do you feel playing live?
(P)Live is where we spend most of our time and it’s what we enjoy most!

(M)I think being a ‘live band’ is important to us all and that comes through with the amount of shows that we get involved in.

Q: How do you describe Lubulwa’s sounds?
(k)haha. This is probably one of the hardest questions we get asked, we have a very diverse but cohesive sound depending on the song. I think the closest we have come is from our Bio – “….a wall of cinematic sound with dreamy synths, spacey guitars and devastating vocals…”.


Q: Tell us about the process of recording songs:
(P)Nick Edin recorded our debut album in a live studio environment, all playing together in one giant room. He saw us play a few times and suggested live recording over lots of tracking and overdubs; He’s certainly captured that live energy and made it super professional-shiny.

(M)I think because of how we play and interact with each other, we were all happy to go for the ‘live’ recording situation, we aren’t a band to spend a long time in the studio.

Q: Which new bands do you recommend?
(k)We are lucky to have so many amazing bands in our circle right now. It is a great vibe in the Melbourne music scene.

(K)Yes, most bands on Poison City or Milk! Records are amazing, that is a good starting point for people wanting to understand Melbourne independent music.

Q: Which band would you love to make a cover version of:
(A)Fleetwood Mac. (P)It is odd, we have messed around with covers of different songs, but none have really gelled and made it into our live shows. Covers can be a tricky thing; you almost need to spend more time on the cover version than you do on your own songs!

Q: What are your plans for the future?
(A)Make cool new music and hang out together and have some beers… Maybe play a show in Brazil!