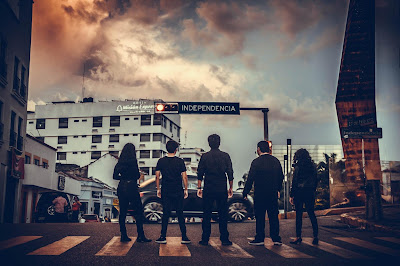 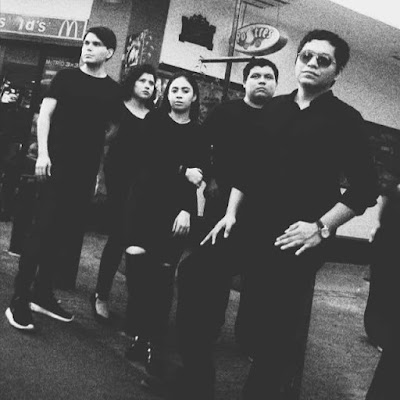 Q. When did Lasitud begin? Tell us about the history...
It all started with a previous project called Amehlia back in 2015, where Andrés and Alberto (founding members) tried their hands into alternative music and started working on original material, however, it was something totally different from Lasitud. April 2017 marked a new beginning for the band, that’s when Julio, Cristhell and Priscila joined the project and that was the birth of Lasitud as we know it today, with a more ambitious concept and clear musical direction.

Q: Who are your influences?
We could mention a lot of bands but the biggest are probably Slowdive, Mazzy Star, Whirr, Alcest, My Bloody Valentine, The Pastels and Cocteau Twins.

Q. Make a list of 5 albums of all time…
It’s really hard to come up with a definitive list but these are the ones we can all mostly agree on:
1.- The Beach Boys - Pet Sounds
2.- Mazzy Star – So tonight that i might see
3.- Slowdive – Souvlaki
4.- The Jesus And Mary Chain – Psychocandy
5.- Alcest – Les voyages de l’âme

Q. How do you feel playing live?
We’re working right now on what will be our live set, rehearsing all the songs, preparing some cool visuals because we’re hitting the stages this next month (locally). We want our show to be a really special experience, encourage people’s imagination through ambient interludes. We’re putting a lot of hard work on it and can’t wait to finally play our songs live.

Q. How do you describe Lasitud´s sounds?
Lasitud merges the washed out guitars of Shoegaze, the delicate harmonies of Dream Pop and the sensitivity of Post-Rock, resulting in a very unique and profound, heavy-layered sound. Listening to Lasitud is like slowly falling into a long dream of textures and colours.


Q: Tell us about the process of recording the songs ?
It was a really fun and exciting process in general, however, it was a true challenge to achieve the exact sounds we desired in a complete homemade, independent way. Almost all the songs were already written before recording them. Andrés, and Alberto had demos of the songs "Sobrevolar" and "Planeta Sideral”. On the other hand, when Julio joined the band, he provided the songs "Azul profundo" and "Permagel". The workflow and energy during the recording sessions were so possitive and intense, that the band came up with lots of ideas for new songs. One of them became “Desintegrarme”, the final song on the EP which was included last minute on what would originally be a five-song release.

Q. Which new bands do you recommend?
We’d like to recommend “San Charbel”, a good mexican post-punk band,“Vaya Futuro”, (also mexican) great psych-pop band and really influential to us, “Verano del 83”, twee pop band from Perú and, finally, we’d like you to listen to Andrés’s (our guitarist) solo project called “Cuando la lluvia cae”. If you like Post-rock you’re definitely going to love it.

Q: Which band would you love to make a cover version of?
Right now we’re working on a cover version of “El Muchacho de los Ojos Tristes”, by Jeanette, a dreamy singer from the sixties. We’re all fans of her music and we want to include this piece in our set as a tribute to her.

Q: What are your plans for the future?
We want to play live as much as we can, also we’d like to collaborate with other artists we admire and keep making new music. Hopefully we’ll start working on a new album at the end of this year, with a few sporadic releases here and there in the meantime so saty tuned!

Q: Any parting words?
Just a big thank you to The Blog That Celebrates Itself for featuring us, we’ve been fans for a while now. And of course, invite all of your readers to give us a chance and listen to our music, it’s really hard to promote our project and try to make way in a local scene where shoegaze is not considered. The audience here is really limited but hopefully that’ll change in the future and these kind of genres start getting more appreciation.
*
*
*
Thanks