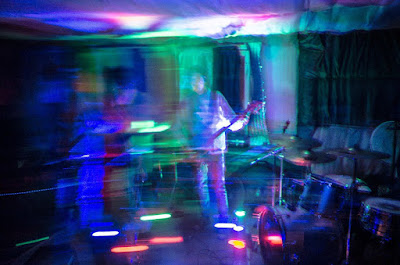 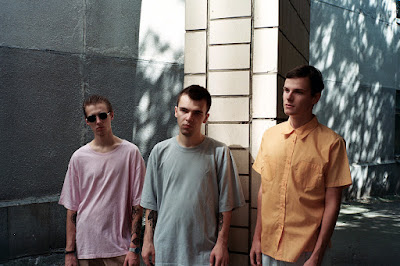 Q. When did The Jossers start? Tell us about the history...
We’ve been playing together since 2011. Peter, Vlad and I were studying at school so The Jossers was kind of a school punk rock band. Vlad was only 13 years old and I think that made him the youngest performing musician in our town called Kalush in Ukraine. However, The Jossers first gig was in 2014. We presented ourselves to local punk scene which was mostly filled with screamo/hardcore bands and played our debut EP “T-Shit”. What a shitty gig that was :)

Since that time we've released “T-Shit” EP (2014), “Sprookjesteam” bootleg (2014), debut LP “Unsupported Bravery of Local Kids” (2016) and its live version “Unsupported Bravery of Local Gigs” (2017). Recently The Jossers have changed name to Зэ Джозерс (which sounds the same as The Jossers in English). So it's a new phase for us cause we've released one first song in Russian on “Спор” (Odds) EP and now we're watching the feedback. It’s a very funny thing because guys and I weren't listening to post-soviet music even like a year ago and now we are thinking of recording an album in Russian. Haven't decided yet. It's interesting to work with new phonetics, writing English songs was much easier.

Q. Who are your influences?
We've started as a punk-rock band and now The Jossers is a subgenre experiment. Through these years we've been into classic punk-rock shit like Ramones, or Misfits, then, you know, Nirvana. And when Peter and I started universities, he discovered DEVO, I discovered new-wave and post-punk and things had changed. I can drop some big names in music but I think we've listened to huge amount of major and underrated shit released since 1980 (maybe even earlier). One genre that is still a bit not well understood is metal. I don't know why people like it. Though I listen to Neurosis, but only once a month.

Q. Make a list of 5 albums of all time…
Ask Anthony Fontano first :)
Okay, my top-five is

Q. How do you feel playing live?
It's not happening often, but we blew the scene out every time. And it sounds dirty and crazy and “not right” in classic sense of a rock-band gig. We change tempo, rhythms, versions, trying to make every gig special at least for us. I'm drumming and singing so for me an hour gig is like climbing mountains all day. Feeling tired, you know. No after parties with The Jossers at all. Mostly.

I feel really happy onstage and appreciate fans that give a damn for what we're doing as artists while performing.

Q. How do you describe The Jossers sounds?
Every time we drop a new release someone says “You sound like Pixies”. Yeah, cause Peter (guitarist) is fond of dissonances. Though in “Спор” EP we are really into epic song structures and arrangements, though living some space for psychedelic noises and guitar parts. But it's post-punk in its core. No more Pixies reference this time :)


Q. Tell us about the process of recording the songs?
Year ago I discovered Garageband, bought iRig and now I'm recording every DEMO on my phone. That's very useful. It's easier to write arrangements and additional stuff. Then I bring my demos to rehearsal, and we polish it to final versions of structures, instrumental and vocal parts.

After all that (it's usually few months) we go to the studio (SoundPlant in Kiev) and record everything. Nothing really inspiring and “rock-n-roll”-ish about that. It's our job after all. We do care about how our music sounds. That’s why I call SoundPlant my second home in times of recording our albums.

Q. Which new bands do you recommend
I'‘ve been, listening to Ukrainian and Russian indie-scene for a while and I would be a fool not to name some good bands from out here. Oh, deer! – the best local screamo band I know. They ended their activity recently and released their last album “How to Stop Worrying and Love the War”. Nikita Ogurtsov and his project Phooey! is the most underrated artist in Ukraine. He ended Phooey! last year, and we decided to record a cover-version of his song Зря for “Спор”. We love him, hope he's doing well in France right now. Russian new-wave post punk is mostly a shit thing to listen to, though I like Буерак and their recent album Скромные Апартаменты is a huge step for them in songwriting.

Q. Which band would you love to make a cover version of?
We've always had a cover song in our setlists. Our best is I Love You All originally by Soronprfbs (from “Frank” movie). It is released on “Unsupported Bravery of Local Gigs” (2017). For now, we want Neutral Milk Hotel — The King of Carrot Flowers (Pts.2-3) to be in a setlist. Not just for I LOVE YOU JESUS CHRIIIIIIIIIIIIIIIIIIST thing. It's a very powerful hymn song for me.

Q. What are your plans for the future?
We've released “Спор” EP and a music video for “Давай Еще Раз” recently. But we're ready to record our first as Зэ Джозерс full length (and second for The Jossers, you know). Hope it will be done till spring 2018. Then we'll go on tour, we haven't been performing at all for a while. Really want to see people in front of a stage again.

Q. Any parting words?
There are lots of bands outside Spotify “Discover Weekly”. Especially here, in post-soviet countries. Our reality sucks, we are stuck in time and crisis is a word that fully describe the way we live. And it affects everyone, especially artists. Today I can see the wave of post-modern, absurd and ironic arts here, not only in music. And that's a pleasure to be a part of this process.
*
*
*
Thanks