Factory with Matty Ann - An Interview 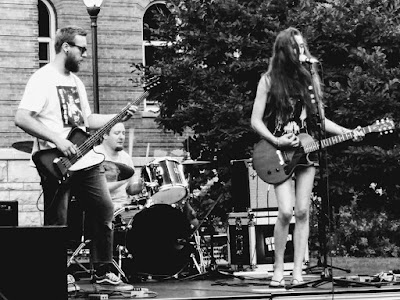 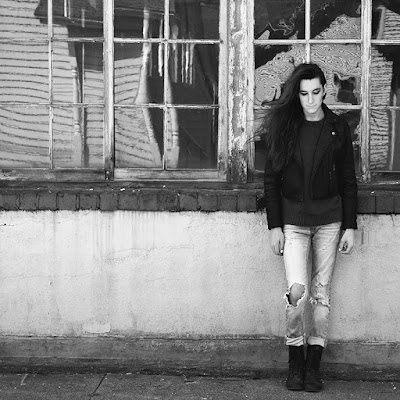 Q. When did Matty Ann start? Tell us about the history...
My solo project just started earlier this year so it's still pretty new. It started mostly out of necessity. I graduated from college last year and moved back to my home town. Previous bands that I've played with had members move as well and we all just kind of scattered all over the place. I felt really strange being back in a town that I didn't identify much with. I ended up isolating myself and just writing as much as possible throughout last winter and got the momentum going for releasing music this year. We've recently started playing the material live as well, which has been a lot of fun. My friend Marck who I've played in previous bands with plays bass and our friend Jon plays drums. They're both awesome at what they do and I'm stoked they're into it.

Q: Who are your influences?
I try to mix up what I listen to as much as possible, but my favorite types of music always fall somewhere into alternative rock and it's many subgenres. Lately I've been really into Spoon, Creepoid, Night Beats, Sonic Youth, Them, Beck, Vaux, Crocodiles, The Kills, and Dead Vibrations. I've been listening to the new album (V) by The Bronx a lot lately. I'm actually listening to it as I write this.

Q. Make a list of 5 albums of all time…
1. Good Grief - Record Highs // This band is from Stevens Point where I went to college and their music is everything that I like about rock and roll. We recently played a show with them and it reminded me how much I'll always love them. They're great musicians and people.

2. Mikal Cronin - MCII // Mikal Cronin is one of my favorite songwriters ever. I love every album he's ever made so it's hard to even pick a favorite. The balance of melodic parts and fuzzed out garage rock in his songs is too perfect.

3. Silversun Pickups - Carnavas // Before I ever got too familiar with 90's alternative, I was into bands that were influenced a lot by that style and SSPU's first album is the best example of that. This album will always feel nostalgic to me and it's one of my favorite albums ever. I love that the distortion is so prevalent that it's hard to separate the instruments at times. Brian Aubert's yells on this are too great as well.

4. Black Rebel Motorcycle Club - Take Them On, On Your Own // BRMC is another band where I've loved everything they've ever released so it's hard to even pick a favorite. I find myself reaching for this album a lot though which is why I put it on the list. BRMC has some of the most unique elements to their songs and they never cease to amaze me. Mostly the little details in songs especially, like turning on guitar effects in the middle of a verse, or building an entire song out of a repeating vocal or guitar part. I think that's pretty awesome.

5. Ty Segall - Goodbye Bread // All of Ty's music is great but Goodbye Bread is a really unique album to me. It sounds classic to the point where it's authentic. It doesn't sound like a modern musician trying to emulate vintage sounds, it sounds like you're listening to an album that's actually from the 60's, which is really interesting.

Q. How do you feel playing live?
Playing music live is one of my favorite things to do in life. Hands down. I can't help but feel happy when I play music live, especially since I'm fortunate enough to do it with friends of mine.


Q. How do you describe Matty Ann sounds?
If I had to describe it in one word it'd be: mashup. The biggest change with my solo career from bands I've previously played with, is that I want to try to make music that resembles all of the sounds I like instead of just some of them. If one song is really shoegaze sounding, and the next is really punk sounding, and the one after that is really indie or pop sounding that's super awesome to me.

Q: Tell us about the process of recording the songs ?
The recording process for all of my music thus far has been me by myself recording everything at my house. I made my whole first album in my bedroom with some guitars, a drum machine and some cheap microphones. I think a lot of that goes back to the necessity that I mentioned earlier. I moved back to my hometown and had some ideas for music, but didn't have a band put together or any money for booking a recording studio, so I just made due with the resources I had.

Q. Which new bands do you recommend?
That depends on how new of a band you're looking for. Bully, White Reaper and Wand are all somewhat new. For bands even newer than them, I'd recommend bands that we met on tour this year, like Gully Boys and The Bbys.

Q: Which band would you love to made a cover version of?
I like covering songs that aren't similar genre wise to music I already make and then turning them into something that sounds similar to music I write. Especially pop songs, covering pop songs is really fun to me. If I had to pick one song I want to cover right now it'd be be Backbeat by Dagny.

Q: What are your plans for the future?
Making as much music and art as possible. I think Jay Reatard summed that up perfectly; how he can't make music when he's dead so he wanted to make as much as he could while he was still alive. I think musicians and artists that look at their work that way are pretty inspiring.

Q: Any parting words?
Thanks for having me TBTCI. You're awesome.
*
*
*
Thanks