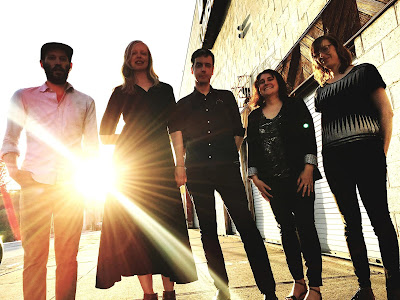 
100 YearsI think it’s always a good idea to have a fairly upbeat song start a record. The title is a reference to a line in a biography I read about the poet and artist William Blake, whom I love. The biographer was writing about London at the time of Blake’s birth. He said something like “250 years ago the stars over London would have been more visible, the night sky would have seemed much brighter,’ owing to there being less light pollution. I like that idea of contrast between then and now, but also the allusion to dreams. I talk about dreams and flying dreams, which I used to have a lot, in a couple of the LP's other songs. I also thought the title was a good play on the idea of old film stars, from the silent period perhaps, and early Hollywood, which I allude to in the opening song from Before There Were Pictures, Another Broken Heart. “You can begin again, the films will let you pretend.”

Mother Cries
The title of this song isn’t referring to a mother crying tears, but calling her children in for supper, and noises you would here in a house. Only the house is empty now. As if being revisited by someone who used to live there. Houses contain histories and memories, all forgotten. I think that’s a very poetic notion. A room as a place of memory. Old postcards, photographs, letters. We have thousands of old postcards written years ago, maybe more than a 100 years ago, by people we do not know. People who lived and loved and died. Memory is fleeting. A swallow flying through an empty room is pinched from my memory of Beowulf, which refers to our fleeting existence. Very heavy!!

I Will Not PrayMore rooms, more ghosts, but also my thoughts on prayer. It’s not a song that’s against religion, but against prayer as a solution to man made problems. Like when politicians say they will pray for the victims of gun violence, but then they do nothing to curb it. Prayer as a cop out. Features one of my favorite (of many) guitar solos by Andy. He really nails the sound too.

Sweetheart
Does not refer to an actual person, but rather to an idealized version of love, or something more than love. A dream of a perfect, yet intangible idea of perfection, of a perfect existence. Which is impossible. Kyle Forester and Gary Olson (our producer/engineer) added a saxophone solo without telling us, as a joke. But we had the last laugh as we liked it so much we left it in! 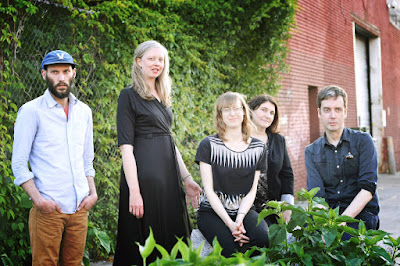 Jean, Bring The Flowers
Jean is not a person, but rather a metaphor for happier times, and for art and beauty as an antidote, a belief in the act of creating as a weapon against the terrible people in control of our country, the United States. No need to guess who is telling the rotten lies right now. The sleeve for the single of Jean was created by Silja Haddal Mork, a designer from Norway, who also hosts the festival Indiefjord, which we got to play just this last summer. It was the most fun any of us ever had playing music (and some of us have been around for a while!), so it was great that we got to work on something creative again. She used a photograph of a long forgotten actress named Betty Alden (1897-1948), whose photograph was in the Digital Collections of The New York Public Library, where I work.

The Army Game
My father was in the British Army (I emigrated to the US 10 years ago), and this song is (sort of) about how people like him, veterans, get treated like crap by the war hungry governments that persuaded them to join up. I’m from a long line of military men, but am the first generation that didn’t join up. I’m a pacifist. My Dad was from a generation that was especially locked into the British class system, and he was pretty much pushed into getting a trade, then joining the Army, when really he should probably have gone to art school.

Poor Old Ruby Ellen
This is a little vignette, I suppose. It also alludes to flying in dreams! I like the 12 string electric guitar Andy plays, and think that Suzanne’s harmony is the real hook of the song. Sometimes a voice is the lead instrument! Suzanne does some amazing harmony / backing vocals, as usual. This record is the first release where she is a full time member of the band, though she joined us at the beginning of this year.

The Sounds
This is a very simple song about teenage dating anxiety, with a little half remembered scene from a Jean Luc Godarad film. I forget which one! No ghosts, or flying dreams! Ghosts of youth maybe?

Coming Up For Air
Titled for Orwell’s novel, which really struck home. In the book the lead character returns from the suburbs to visit the village where he was raised as a child, which happens to be in Oxfordshire. I too was raised in a village in Oxfordshire. The song starts with me looking out of the window of my New York apartment. Old Tom’s Corner Store was a real shop in our village, now long gone. Possibly the only song ever written about Launton, in Oxfordshire. In Orwell’s book Goerge Bowling returns to his village and finds everything changed. He hates where he lives now (I don’t!), but his childhood home is changed, all the old faces gone. He has no home. As an army child we moved constantly, so I’ve never felt really at home anywhere.

Goodnight
Perhaps a bit Poe-esque this one? A dream within a dream. I used to have lots of flying dreams, always on bright moonlit nights. I’d be running down the street, taking bigger and bigger steps, then leaps until I was flying. I’d fly over towns and villages at night, looking down on people, animals, cows in fields, sometimes I’d be seen and would fly away quickly. Then the dreams stopped, and I never had them again, but the images have stayed with me. This song refers to those dreams, but also to the importance of the creative act, for it’s own sake, as a political act, particularly know we are living in dark times. Don’t let anyone ever tell you the creative thing you are doing has no worth. Do/say something pretty today is a reference to creativity as a statement. If if’s not blatantly political, I think it still is. Making things is a political statement.
*
*
*
Thanks